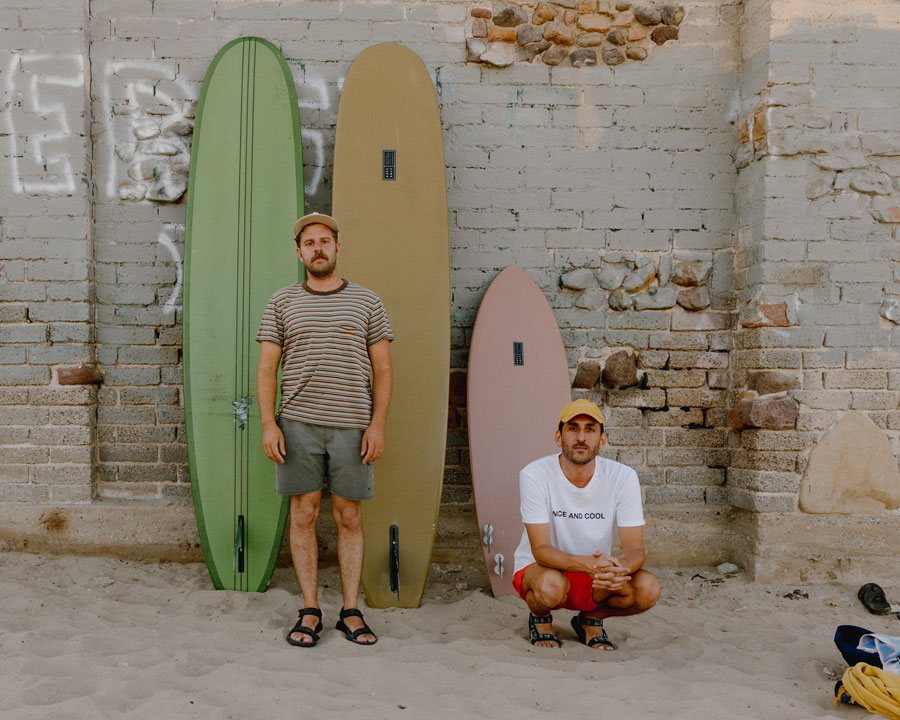 In between the hustle of running his own business, the designer shares how he chills out in the middle of the urban sprawl. Photos by Caleb Thal.

You can’t escape the gridlock of traffic in Los Angeles, but if you can stick it out, you’ll end up somewhere amazing. “I’d go so far as to say L.A. can be the perfect place to get away from it all,” says Nabil Samadani, founder of the brand Salt Surf. “It has plenty of quick nature getaways, all tucked inside the city limits.”

Nabil started his apparel and surf lifestyle brand in New York to foster a culture of inclusivity and fun, inspired by the progressive energy of the city that never sleeps. When the designer was seeking a new coastal home base, Los Angeles’ abundant garment factories, innovative retail shops, and proximity to salty peaks and dusty trails checked all the boxes.

We caught up with Nabil to find out why living in a diversely cultural city fuels his creative fires and how he found his community in a new sprawling metropolis. 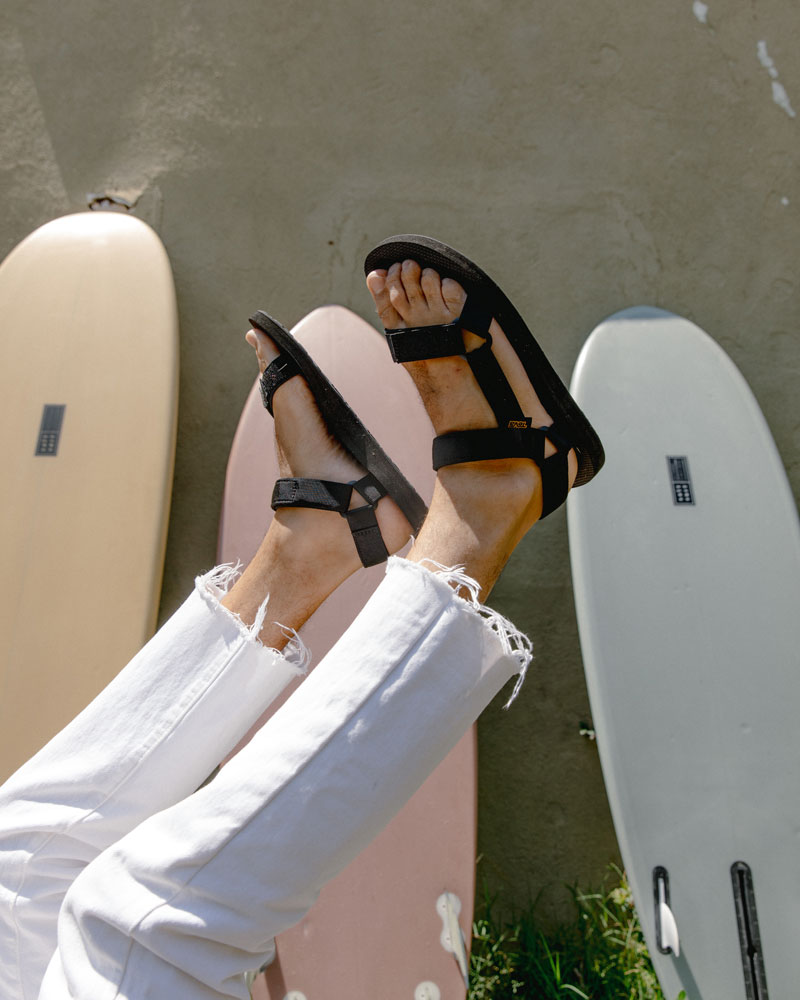 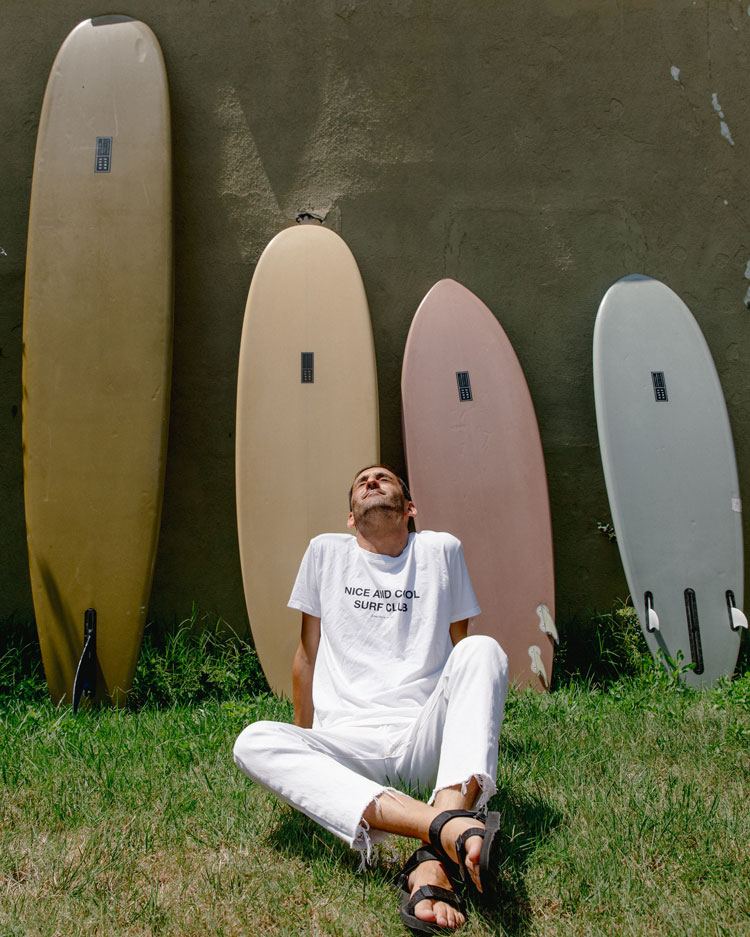 Salt Surf Founder, Nabil Samadani soaks up the L.A. sunshine in his backyard.

Where did you grow up? Did you spend a lot of time in the outdoors?

I’m originally from Northern California. Weekends growing up were often spent at an overcast beach with my family, usually in Santa Cruz somewhere (and around the age of 12, wearing matching Teva sandals with my cousin Roya). Exploring nature was very much a part of my family’s way of spending time together.

Santa Cruz also eventually became the place where I learned to surf when I was 17. Growing up in a place with so much natural beauty, I developed an early relationship with nature, which gave way to keeping that relationship going through surfing. And now because of those early experiences, nature is a big part of my life, not only for my personal well-being but also as a way of meeting and connecting with other like-minded people. 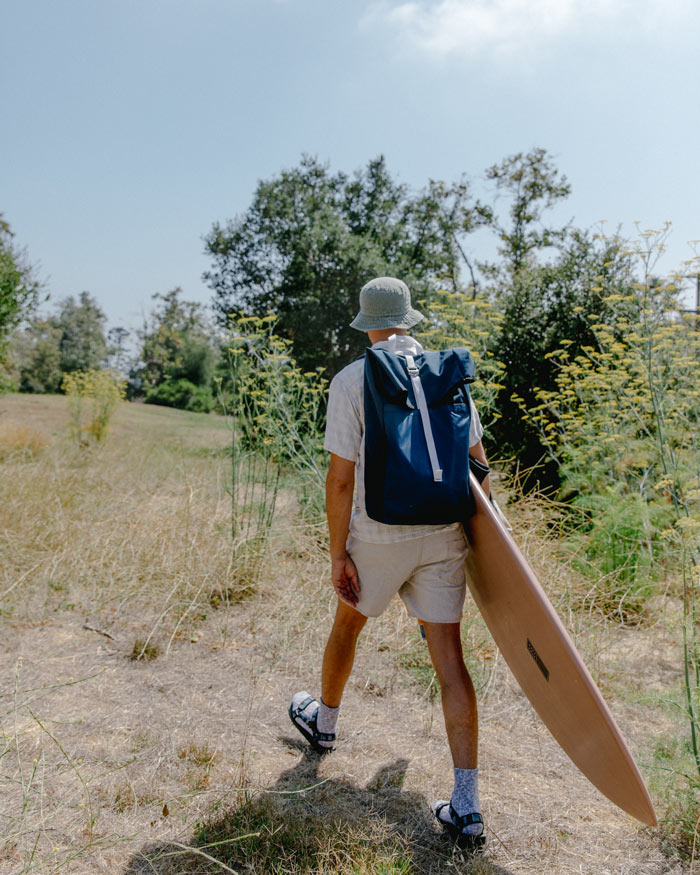 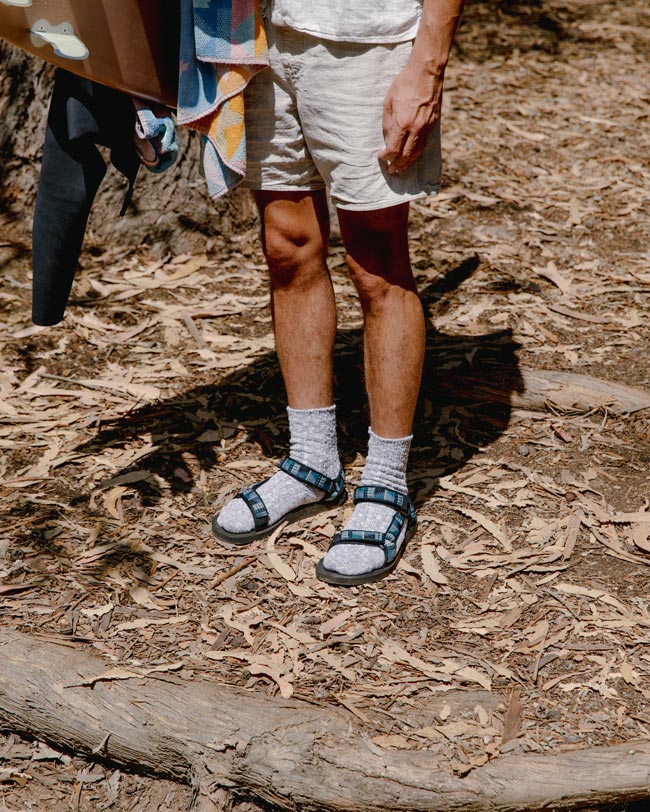 Tell us the story behind why you started Salt Surf.

In 2010, I moved to New York City for about 5 years. Starting the brand in NYC really influenced the foundation of SALT SURF. The progressive thinking of an urban city inspired a more forward-thinking approach to the surf culture, by imagining what it could be, rather than accepting it for what it was. Surfing has a tendency to be male-dominated and exclusive—especially excluding minorities. From the start, we’ve made a concerted effort not to participate in these old ways.

The ethos of the brand is to create an environment in the surf community that is inclusive and brings fun and lightheartedness to the sport in a way that everyone can enjoy.  We believe in clean, minimal design and we make a range of products that includes everything from t-shirts to skateboards. We have a focus on sustainability, and everything is made in Southern California, in small batches. 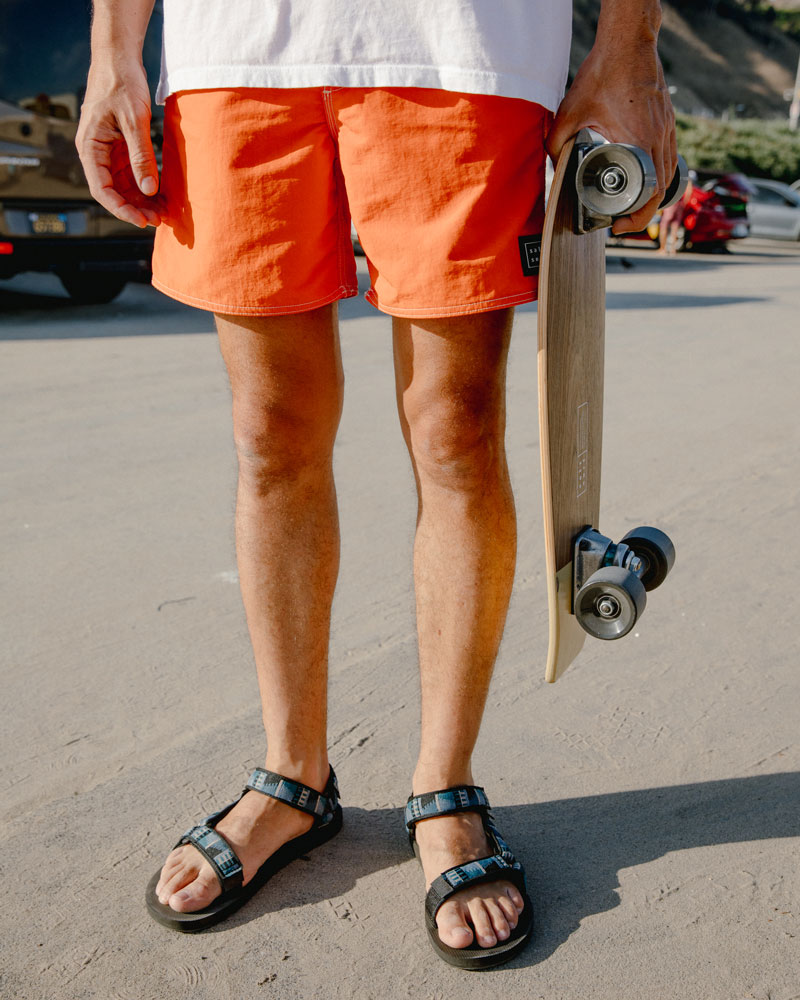 Nabil wears a t-shirt and trunks by Salt Surf and the Original Universal sandals in Peaks Black. 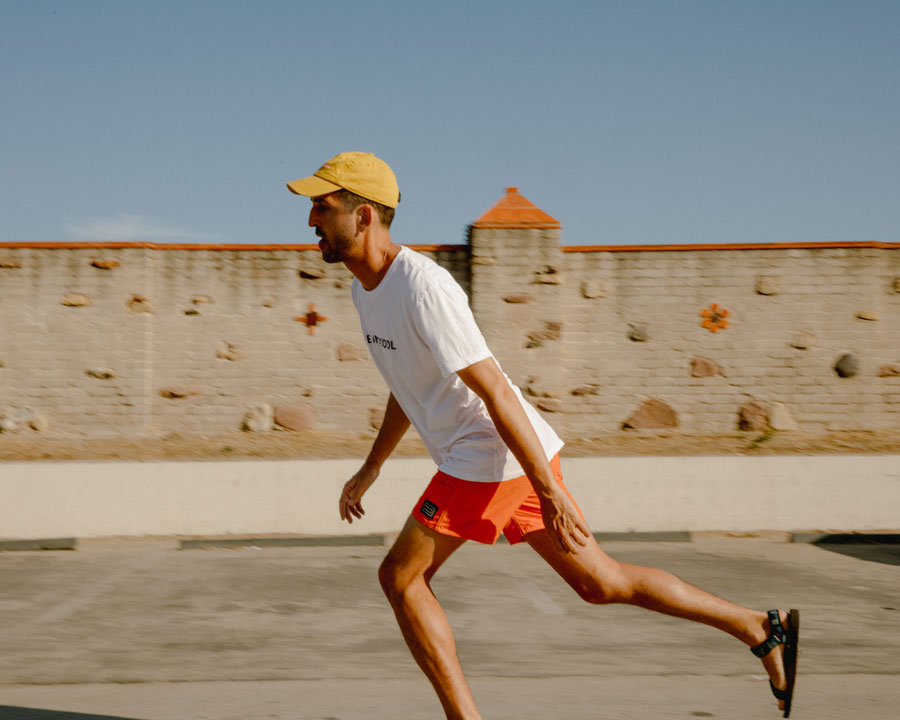 What are some of the ways that you create a culture of inclusivity and creativity?

We use diverse models in our campaigns and work with as many women as possible. Our last three collaborations were all with females and female-owned brands.  Also, starting the brand in NYC inspired a desire to stay connected to other cultures and to look outward for inspiration—rather than just to the other members of the surf community. And of course, it familiarized us with the idea of living in a place where both the energy of the city and the escape to nature could be possible.

NYC also required a bit more creativity to get out into nature. We’d take the train through Brooklyn and Queens all the way to Rockaway Beach, just to surf tiny wind swell waves in the snow. But it felt special to have that kind of getaway that was unique and a special escape from the city.

Why is it important to you to live in a diverse city?

I love the eclectic culture of Los Angeles. Cultural fusions are a big part of what made L.A. such an attractive city for me to live in and move my company to. I grew up with Iranian parents who were new to this country and had to learn how to acclimate to a new culture, while simultaneously trying to carry on their own traditions and heritage to their children. Living in a place that embraces peoples’ diversity is always important to me. 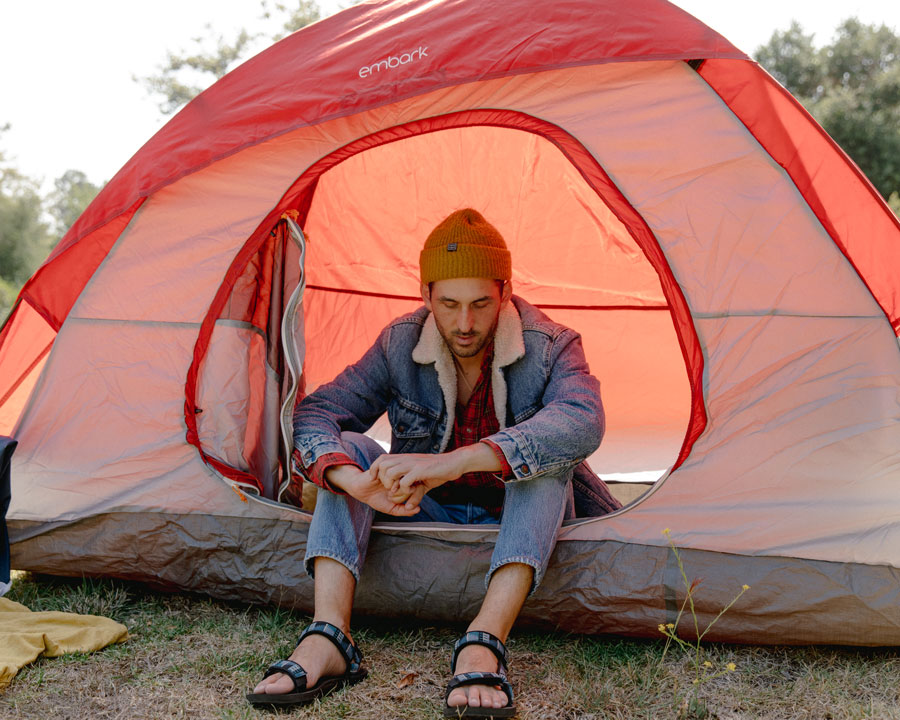 What are some of your favorite places to get away in L.A. and why?

One of my favorite spots in L.A. is Temescal Canyon Trail in the Pacific Palisades. It’s a beautiful spot to hike and has amazing 360 views that span all the way from Malibu to downtown L.A.  Hiking is probably L.A.’s favorite pastime, given it has tons of trails scattered throughout the city, but not all hikes are created equal. It’s all about finding your favorite spot that is close to where you live so that it’s an easy escape.

When I have a bit of extra time I try to do camping trips that are close to home and easy to pull off. Even when it’s just for one night, it can be the perfect way to feel like you’ve traveled hundreds of miles away, without leaving L.A. I’ll keep my camping gear ready in the back of my car, and sometimes at the end of a long week just drive up to one of my favorite camping spots in Malibu. The coastline of Malibu is filled with tons of spots to camp, some even walking distance to a few amazing surf breaks. 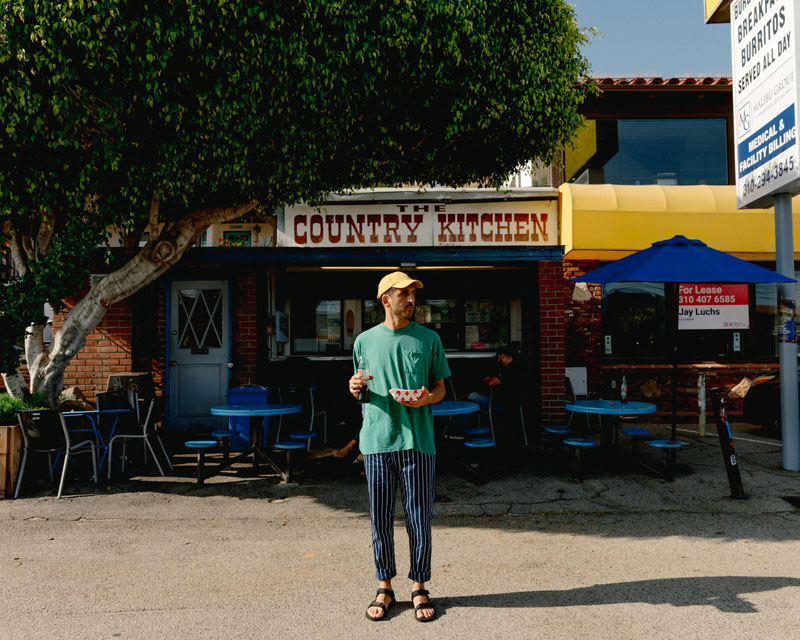 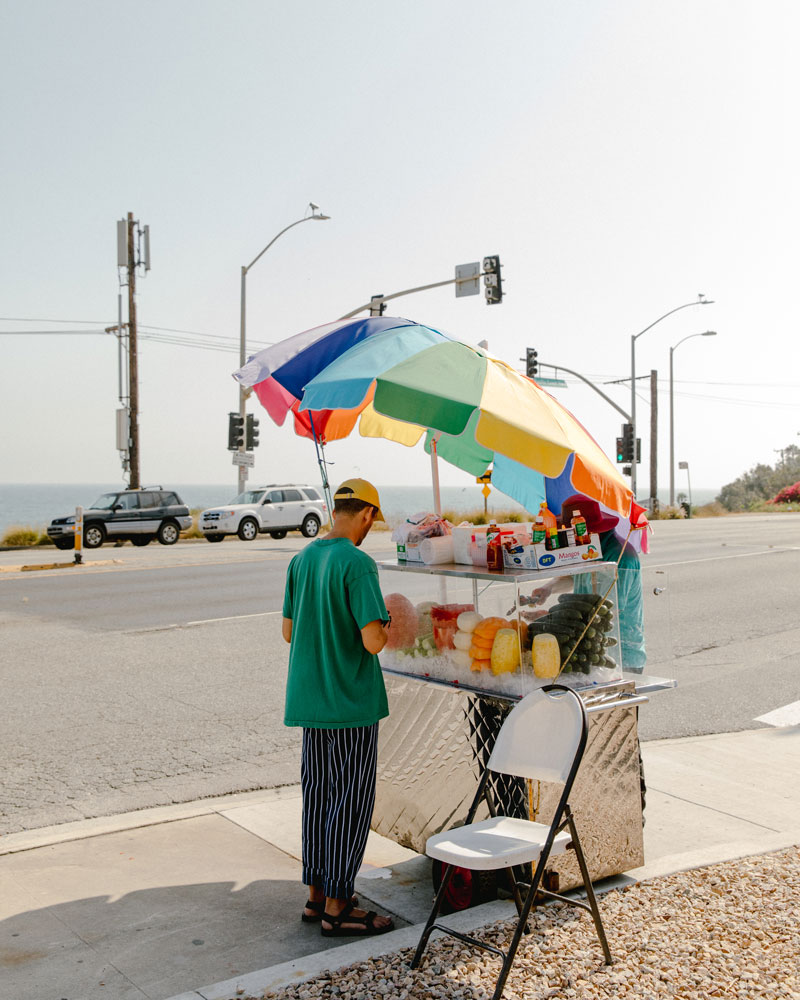 “The fresh fruit stands scattered throughout the city was one of my favorite discoveries when I moved to L.A. The concept is simple: fresh-cut fruit with a little lime and Tajin Mexican chili powder seasoning!” 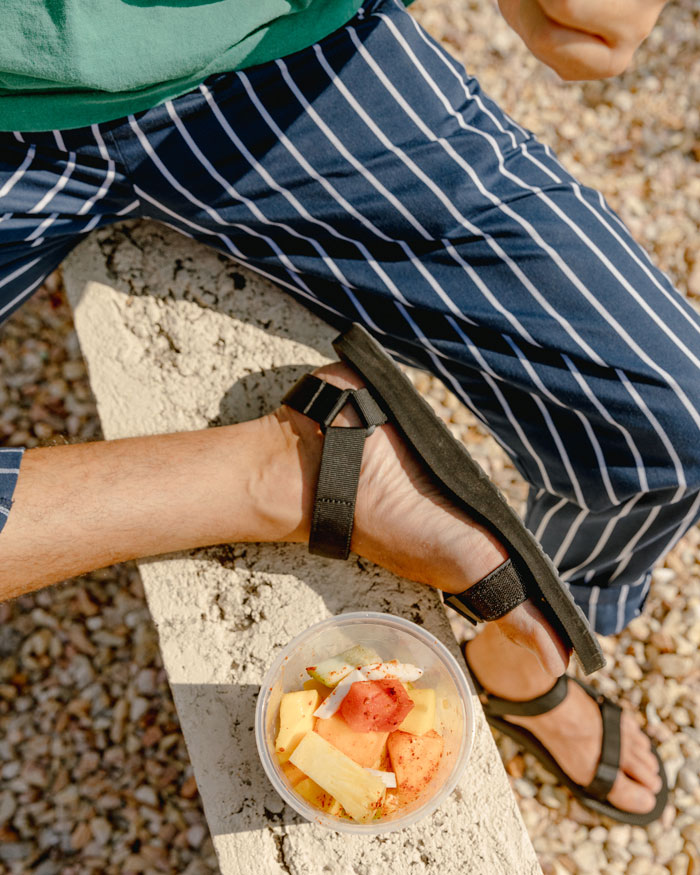 How did you find your community in a new city?

When I first moved to the city, one of the best tools for meeting people and building a community was having a sport that connected me to other new people. For me, this was surfing. In my opinion, there’s no better place to do this in L.A. than Malibu!

Malibu is an iconic wave, that has decades of history and has hosted some of the kings and queens of surfing. Even though it’s probably also one of the most crowded waves in the state of California, that’s also somehow part of the fun. Outside of surfing, the entire coastline of Malibu is glittered with secret beaches and coves and unique destinations that can feel entirely your own, if you’re willing to put in the time to explore.

What are the most surprising friendships and connections you’ve made since returning to California?

Surfing continues to be a steady way for me to make friends… it’s funny how many of my connections are made through surfing. So many of my friendships, personal contacts or even business relationships all came out of surfing! I really don’t know what my life would look like if it weren’t for surfing.

Los Angeles can be a tricky city to make friends because of its sprawling landscape, and how vast the city limits are. That’s why having a shared hobby or sport that got me out and meeting new people was really essential for me in getting settled in this city. 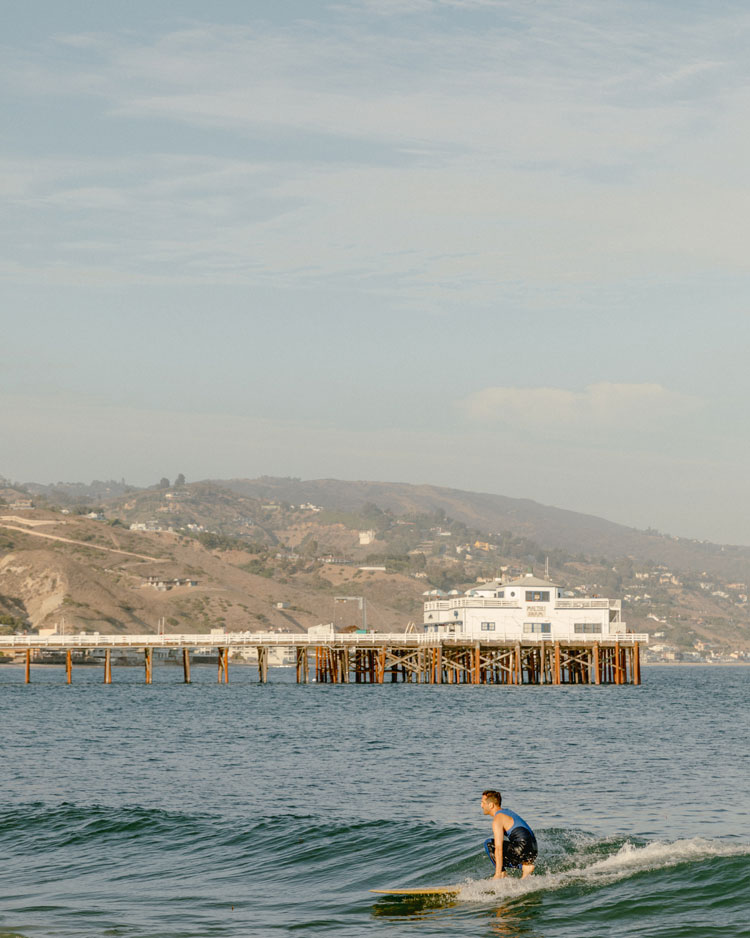 Nabil finds a rare peak to himself at Malibu’s First Point. 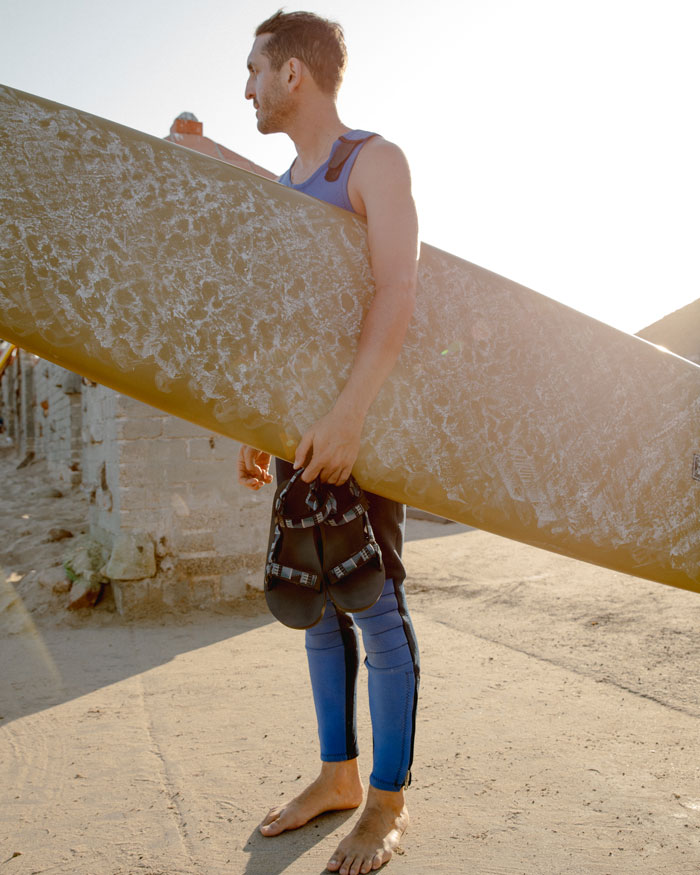 How do you describe your style and what are your favorite pieces of clothing to wear right now?

I like to dress in a way that transitions between both parts of my life in L.A. seamlessly. I need to be able to go from city to outdoor easily, especially in L.A. when you leave the house in the morning and often aren’t back until your day is done.

I especially like Teva sandals because of their ability to do this. I’ll wear them with socks to a meeting in the morning, and then ditch the socks and drive straight to the beach for a surf… and they transition perfectly! 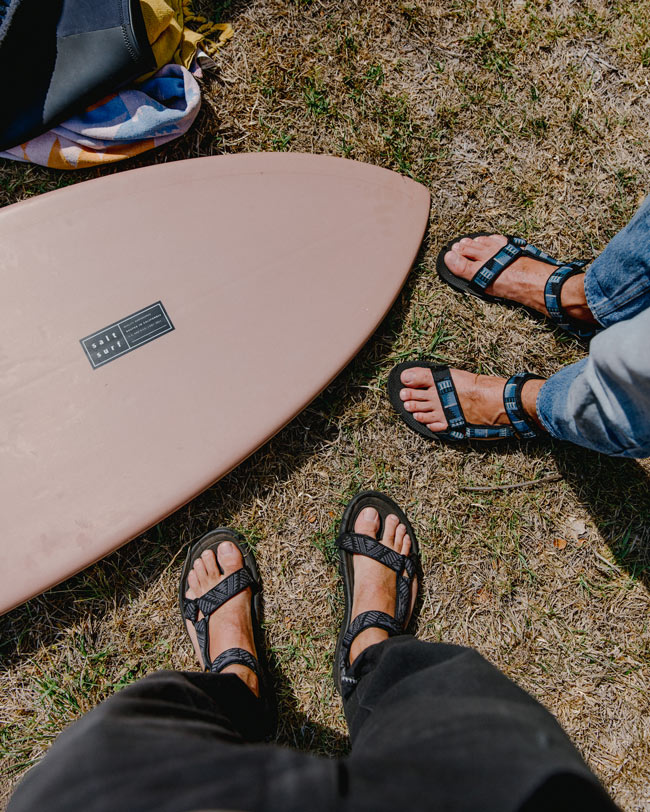 Shop the latest Fall Sandals featured in this story at Teva.com! 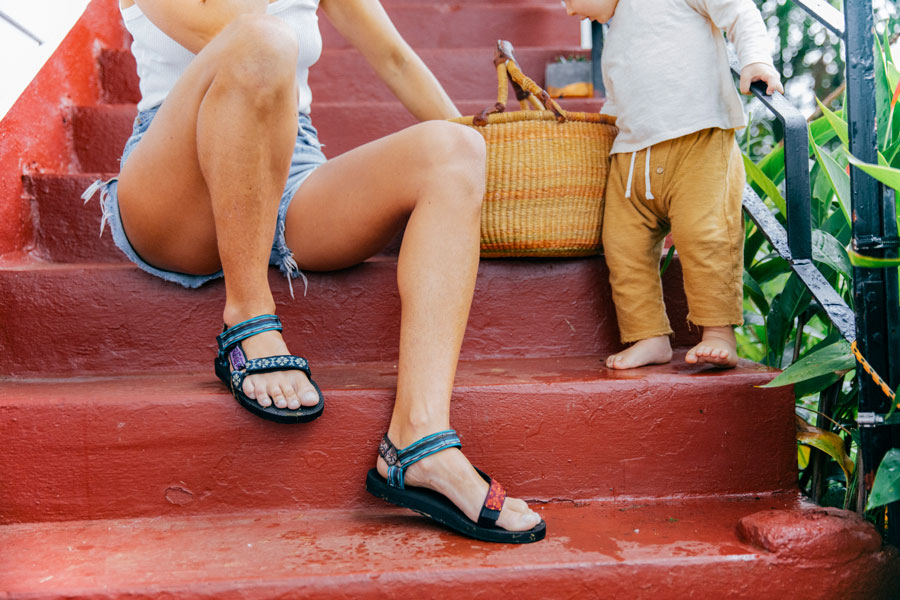 How Tara Rock is Staying Home

Grounded at home, wanderlust photographer and Teva Explorer Tara Rock has a new appreciation for the great outdoors of her own backyard and community. Words and Photos by Tara Rock.  Wow you guys. Just wow. Did you ever think this would happen in our Read More »

Grow With the Flow

How Teva Explorer Johnie Gall is focusing the stay-home pause in normal life to cultivate a more sustainable lifestyle. Words by Johnie Gall. Photos by Brandon Scherzberg.  I am supposed to be photographing a paleontologist uncovering clues about the future Read More » 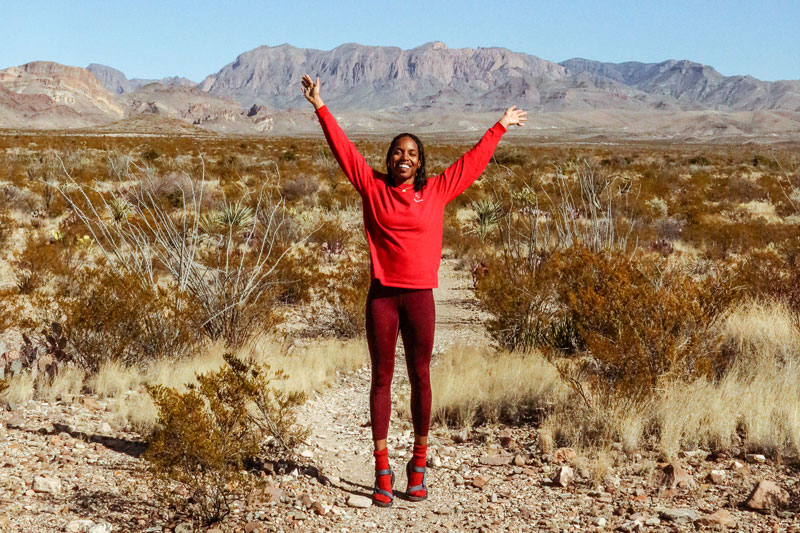 Catching Light in the Desert

Teva Explorer Whitney Mitchell and her best friend retreat to south Texas where they reflected and reset intentions under the wide desert skies. Words and Photos by Whitney Mitchell. My friend Megan and I have a cosmic connection. What started from Read More »