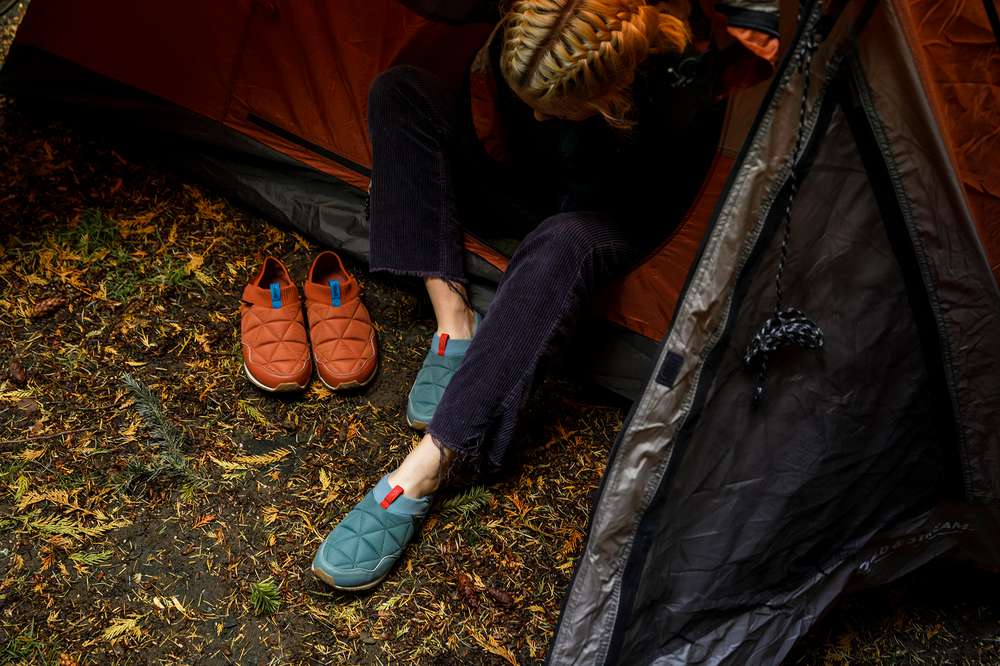 There’s nothing more annoying than lacing up your shoes while sitting half in, half out of your tent — something our designers discovered while on a recent camping trip at Big Surf on the California coast. 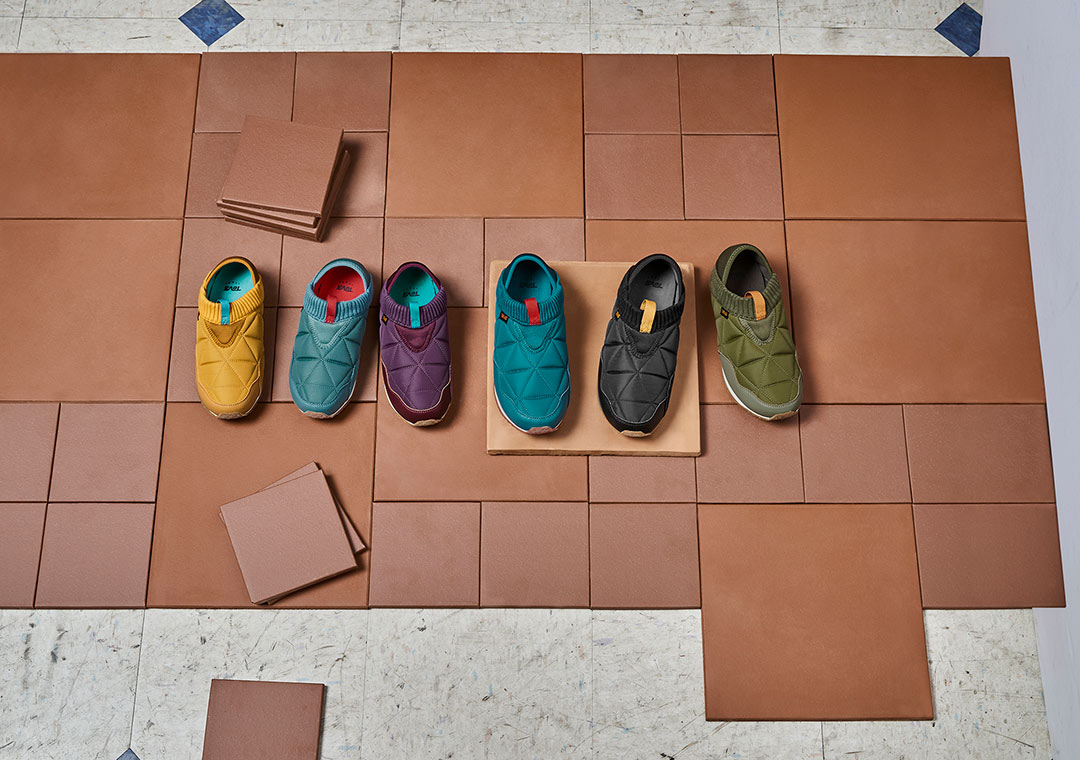 “We started riffing off this idea of a shoe that would be easy to get on and off,” says Cori Steele, Teva’s Senior Footwear Designer. “We wanted to create an outdoor-inspired leisure shoe, something universal and easy to wear for people who are camping or traveling on airplanes.” 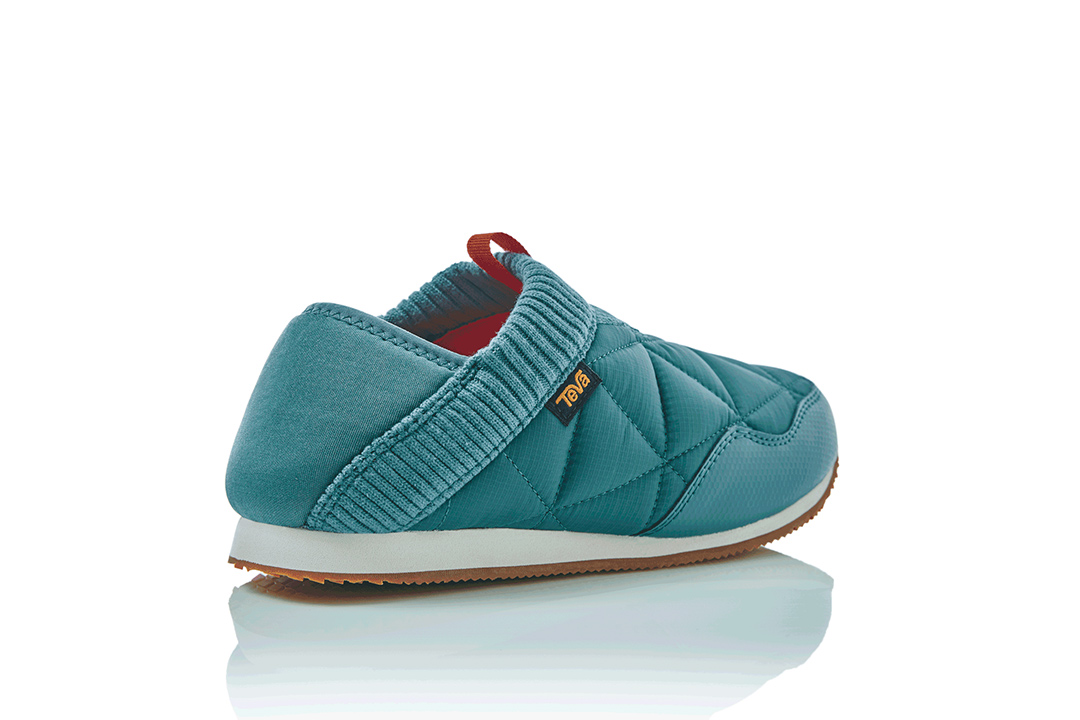 The solution? Teva’s Ember Moc. Part sneaker, part sleeping bag, this supremely chill shoe is the missing link between lounging at home and kicking it by the campfire. It’s a laidback, comfortable slip on outfitted with a collapsible heel, soft slipper-like fit, and cozy quilted rip stop uppers inspired by classic down sleeping bags. 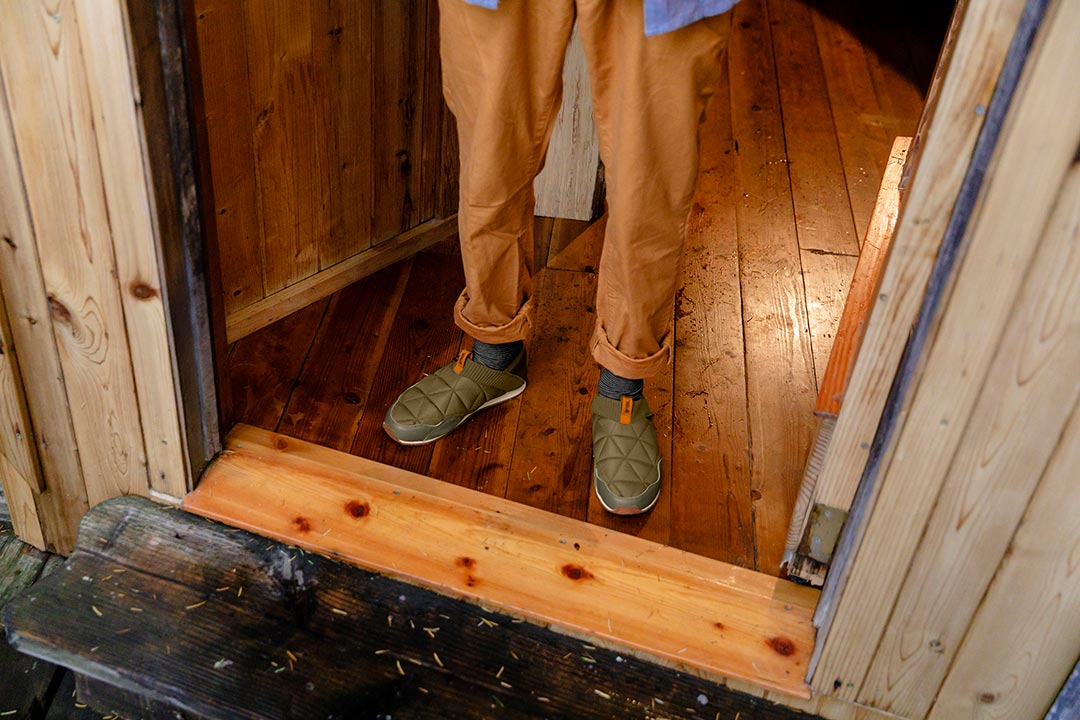 “We started designing the shoes with different closure systems, zippers and Velcro all inspired by sleeping bags, but we realized that being as simple as possible would be the best approach,” says Steele. 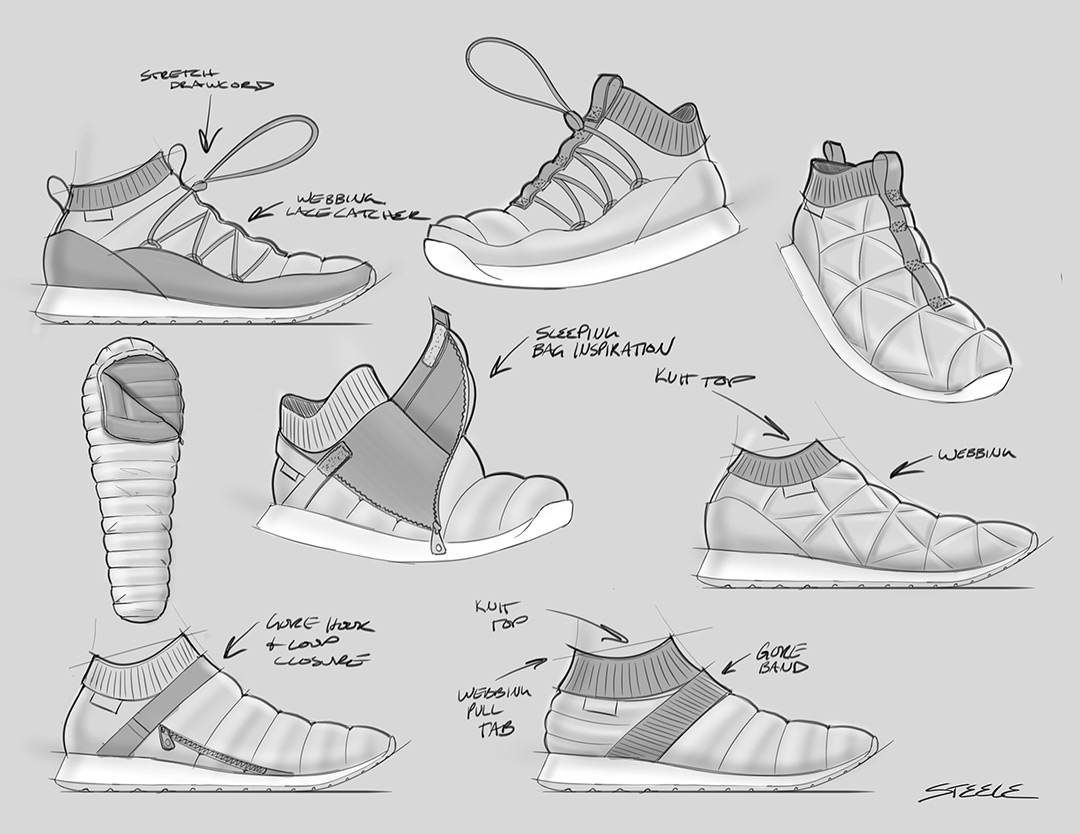 The collapsible heel was inspired by some of Teva’s first water shoes, while the triangle-shaped stitching was borrowed from Teva’s heritage webbing patterns.  Even colors like Picante red and Amber yellow were borrowed from classic rock climbing ropes. 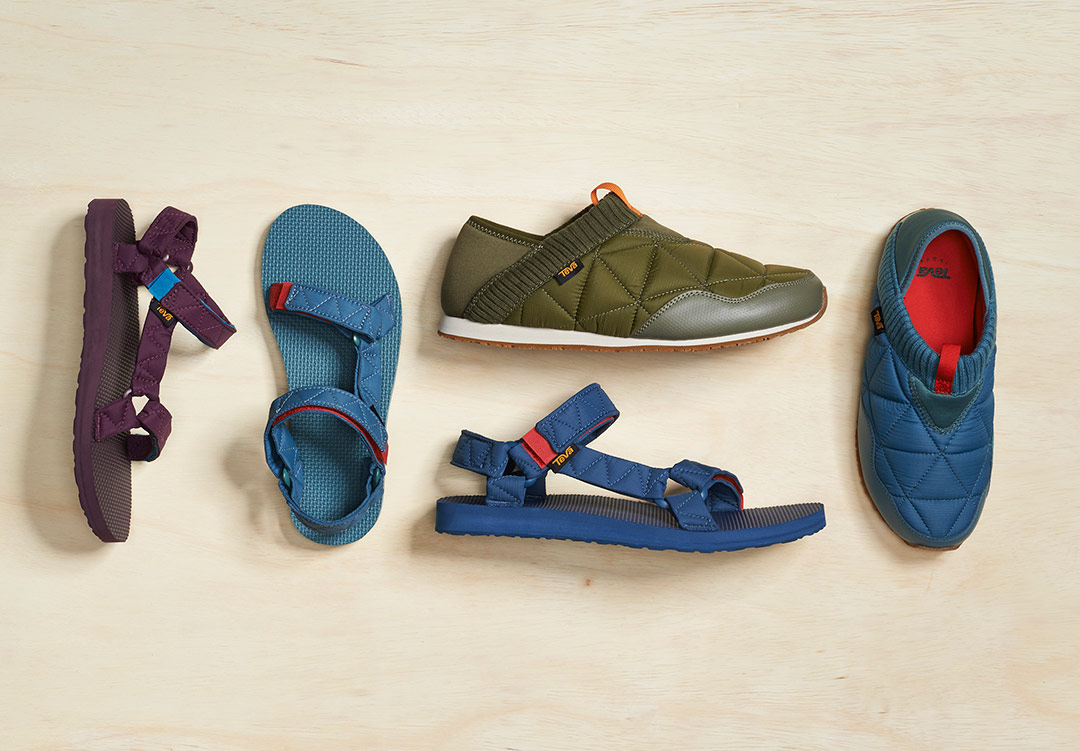 “Old climbing ropes had unconventional colors that still looked really beautiful together, and that’s the energy we were going for. A lot of inspiration was taken directly from the outdoor experience,” says Steele. 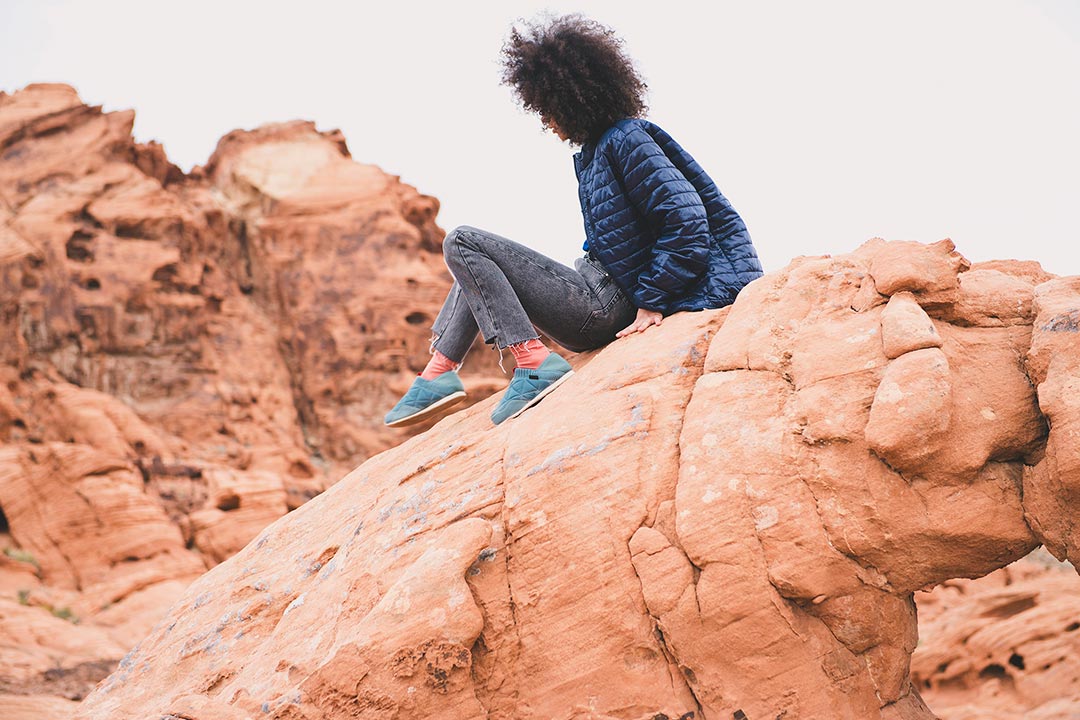 “Teva was born in the outdoors, and so is this shoe. The Ember Moc invites you to go on adventures big and small, and I feel like that’s at the heart of Teva’s DNA.”

Shop the Men’s and Women’s Ember Moc at Teva.com and show us how you #StrapIntoFreedom on Instagram @Teva. 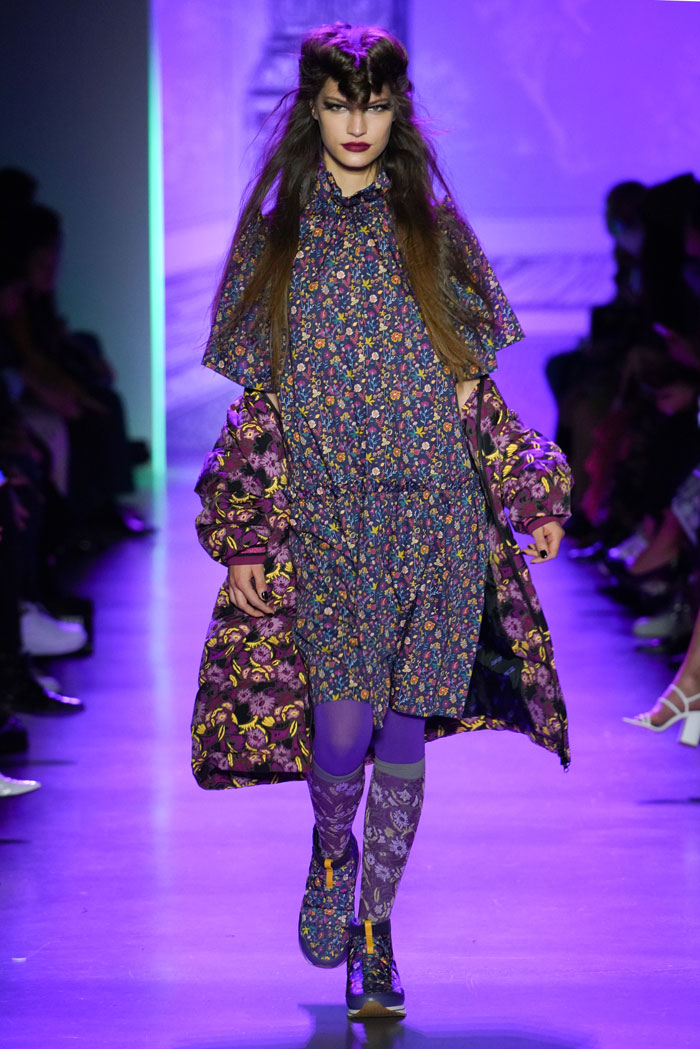 Get an inside look at our forthcoming collab with Anna Sui that recently debuted at New York Fashion Week. Photos by Timothy O’Connell. Runway photos by Thomas Lau. You never know what to expect before stepping into the whimsical imagination of legendary Read More » 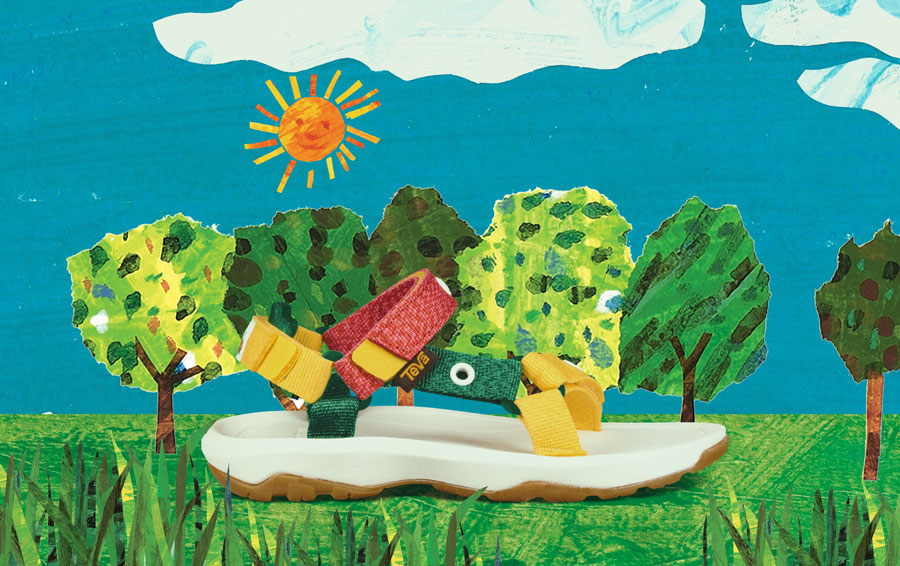 Catch up with Eric Carle, the author and artist of beloved children’s book, “The Very Hungry Caterpillar,” to hear how nature inspires his colorful art and our adventure-ready kid’s collaboration. Whether you grew up near the mountains, the ocean, or Read More » 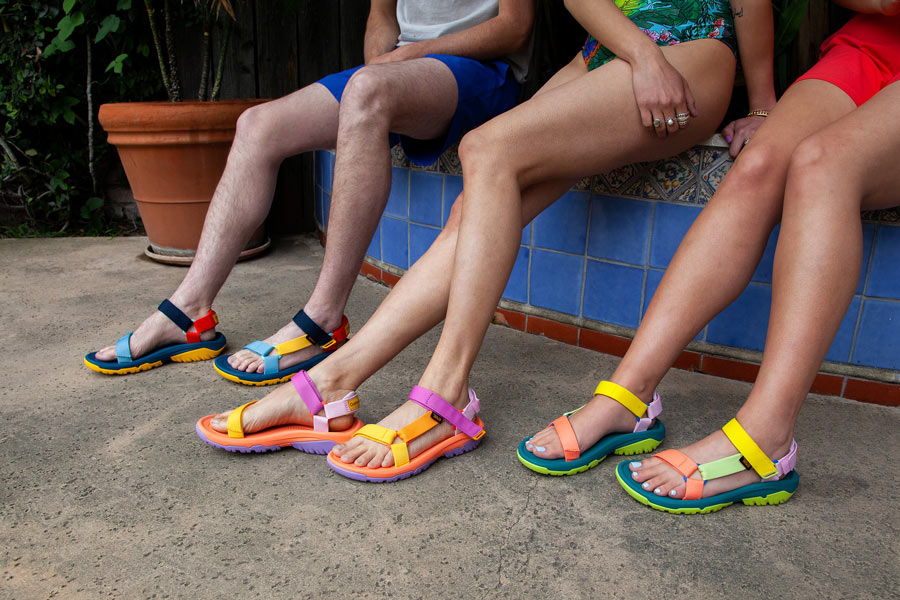 Catch up with Outdoor Voices founder and CEO Ty Haney as she gives an inside look at our exclusive collab and where she finds everyday adventure in Austin with her dog, Juice. Built for performance and designed for fun, Outdoor Read More »