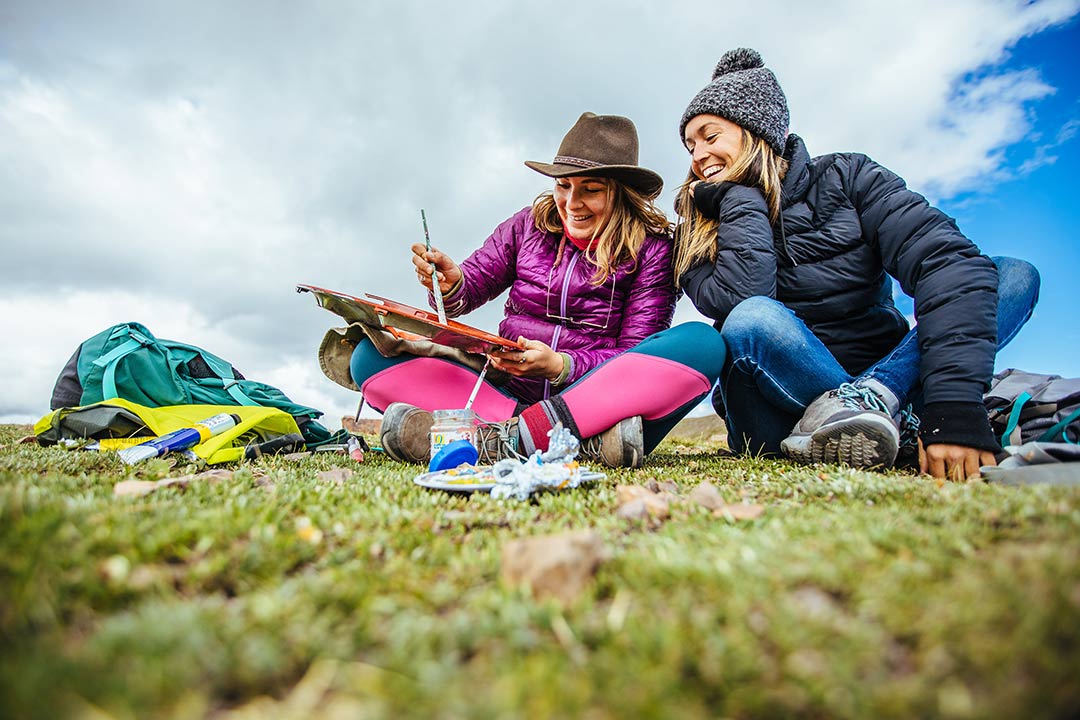 For artist Mariah Reading, the old adage “one man’s trash is another man’s treasure” is more of a career path. From old keyboards to discarded hub caps, the eco-artist reclaims trash destined for landfills and recycles each new “canvas” into artwork inspired by the natural landscapes around her. 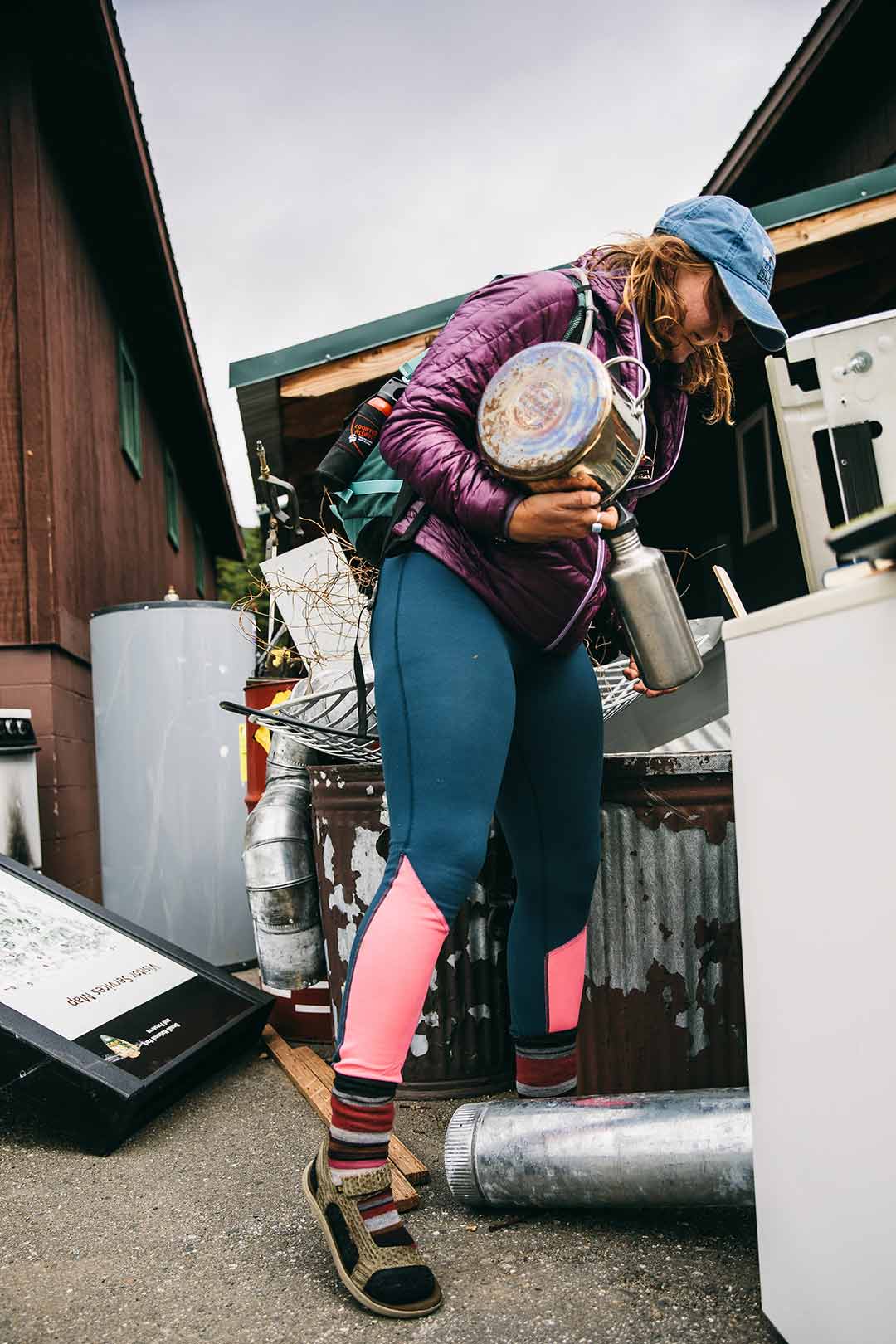 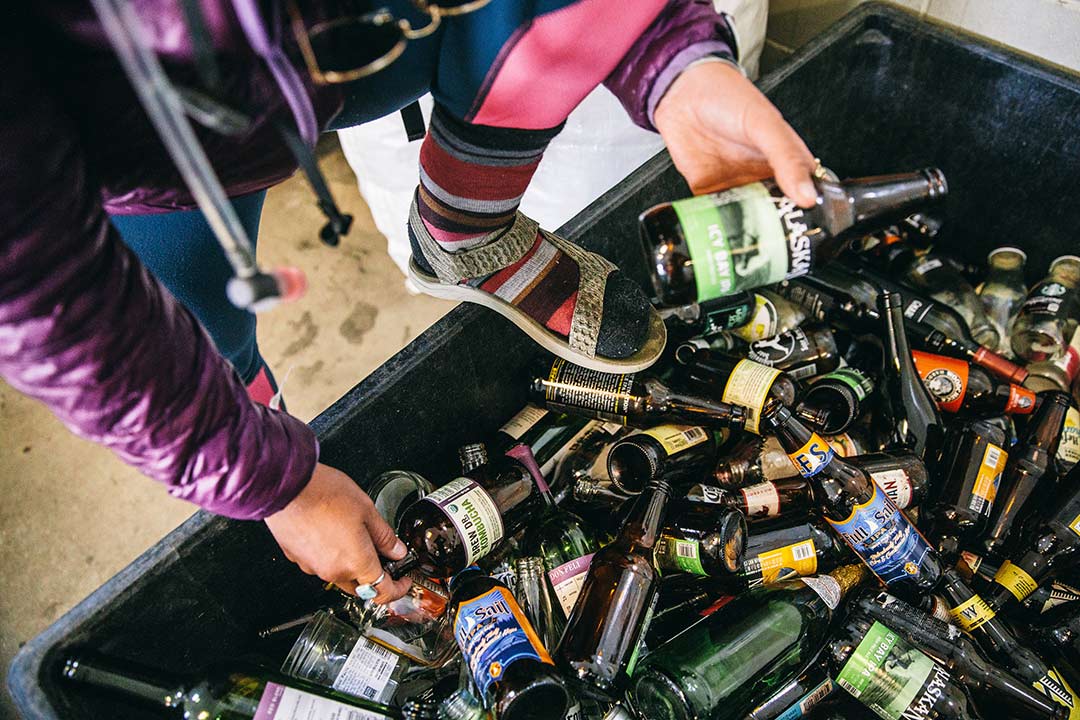 Mariah’s marriage of art and conservation lead to her current position as the Artist Resident in Alaska’s Denali National Park, one of three pilot programs for the Zero Landfill Initiative from the National Park Conservation Association. Later this year she’ll take her work to a residency in Zion National Park.

“Mariah doesn’t see a beer can on the side of the road — she sees a story.”

Teva Explorer Kylie Fly visited the self-proclaimed “crazy trash lady” in Denali National Park, where she was invited to partake in Mariah’s process from start to finish.

“Mariah doesn’t see a crumpled-up old beer can on the side of the road — she sees a story waiting to be told,” says Kylie. “I don’t think I’ve ever seen someone light up over a heap of trash like her. She jumps for joy over old plastic bottles and recycling bins.” 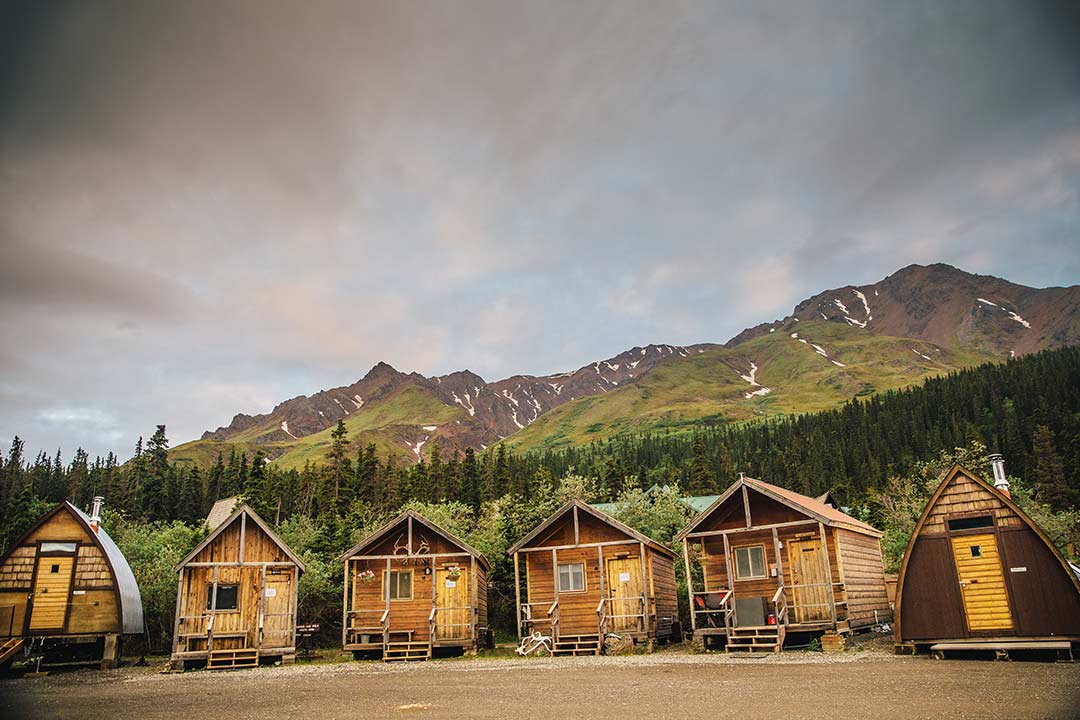 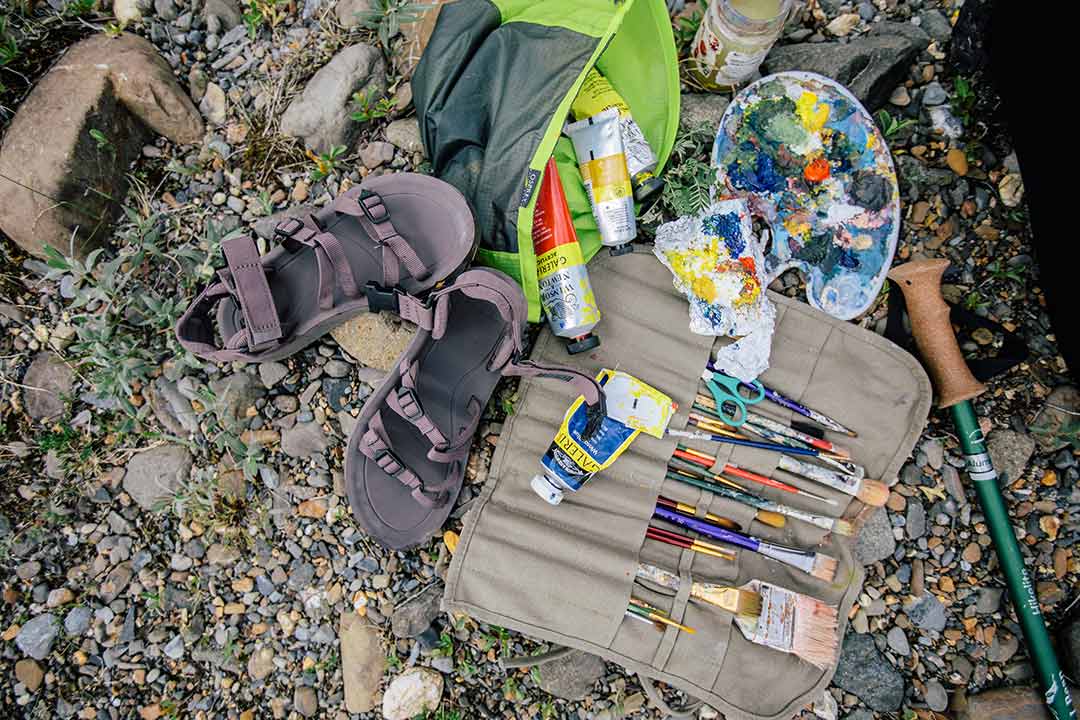 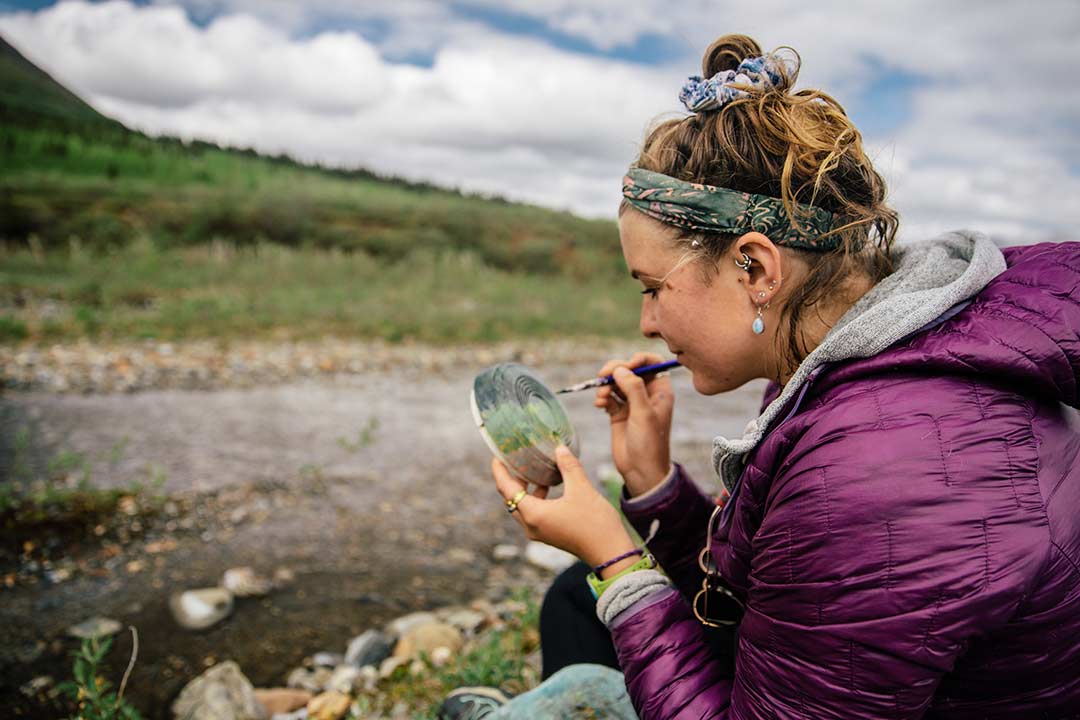 Teva Explorer Kylie Fly visited Mariah Reading at Denali National Park, where Mariah is a resident artist. The two of them created pieces of art on reclaimed trash “canvases.” Pictured with Mariah’s art supplies are the Teva Alp Premiere sandals in Plum Truffle.

Mariah’s journey to eco-artistry began in college, where she witnessed classmates discarding used brushes in alarming numbers. “I chose to combine all the old, crusty paint tubes and brushes into a canvas to eliminate waste, and painted a landscape on it,” she remembers. “The parallel between landscapes and landfills sparked a dream to pick up trash and make art out of it. Trash tells the stories of its location.”

Mariah is known to collect trash from the side of the road. But instead of returning to a cozy studio to paint the new canvas, the artist stops dead in her tracks and paints the landscape in which she found it. It’s her way of starting the story from the true beginning and examining our human relationship with the environment.

“I hope that my art makes others think more deeply about their own waste.”

“I just want people to think about recycling,” she says. “I hope that my art makes others think more deeply about their own waste. Zero waste is hard to do, so you just have to start somewhere.” That’s also why Mariah chooses to leave some of the details of the trash’s origin — like labels and brand names — intact and unpainted. 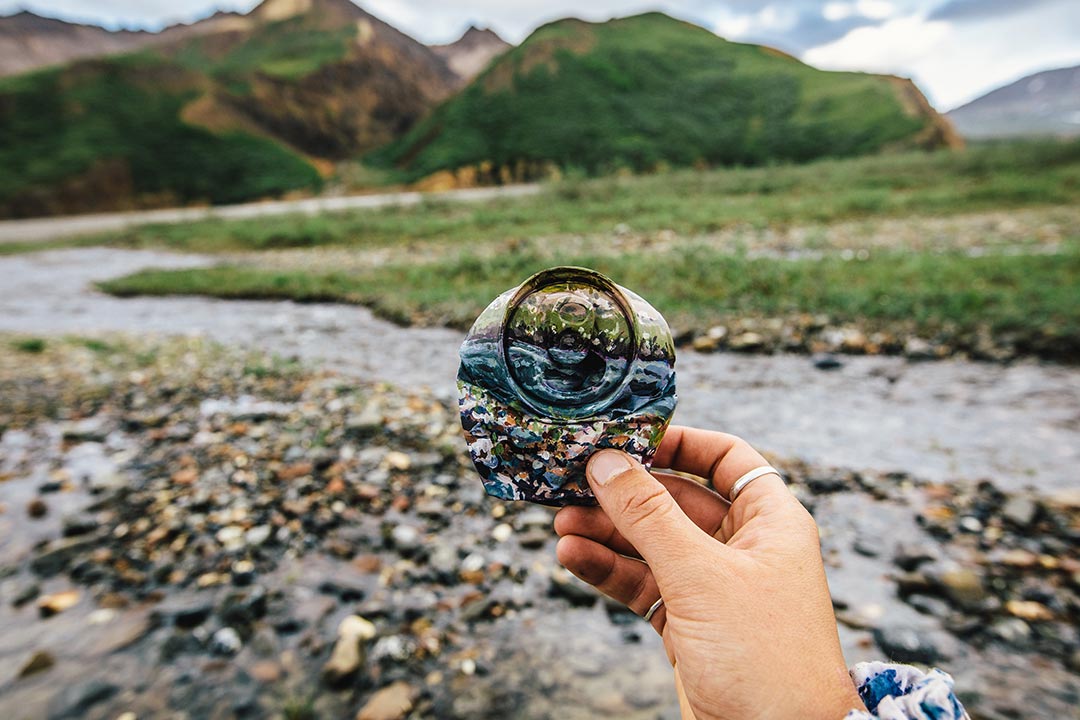 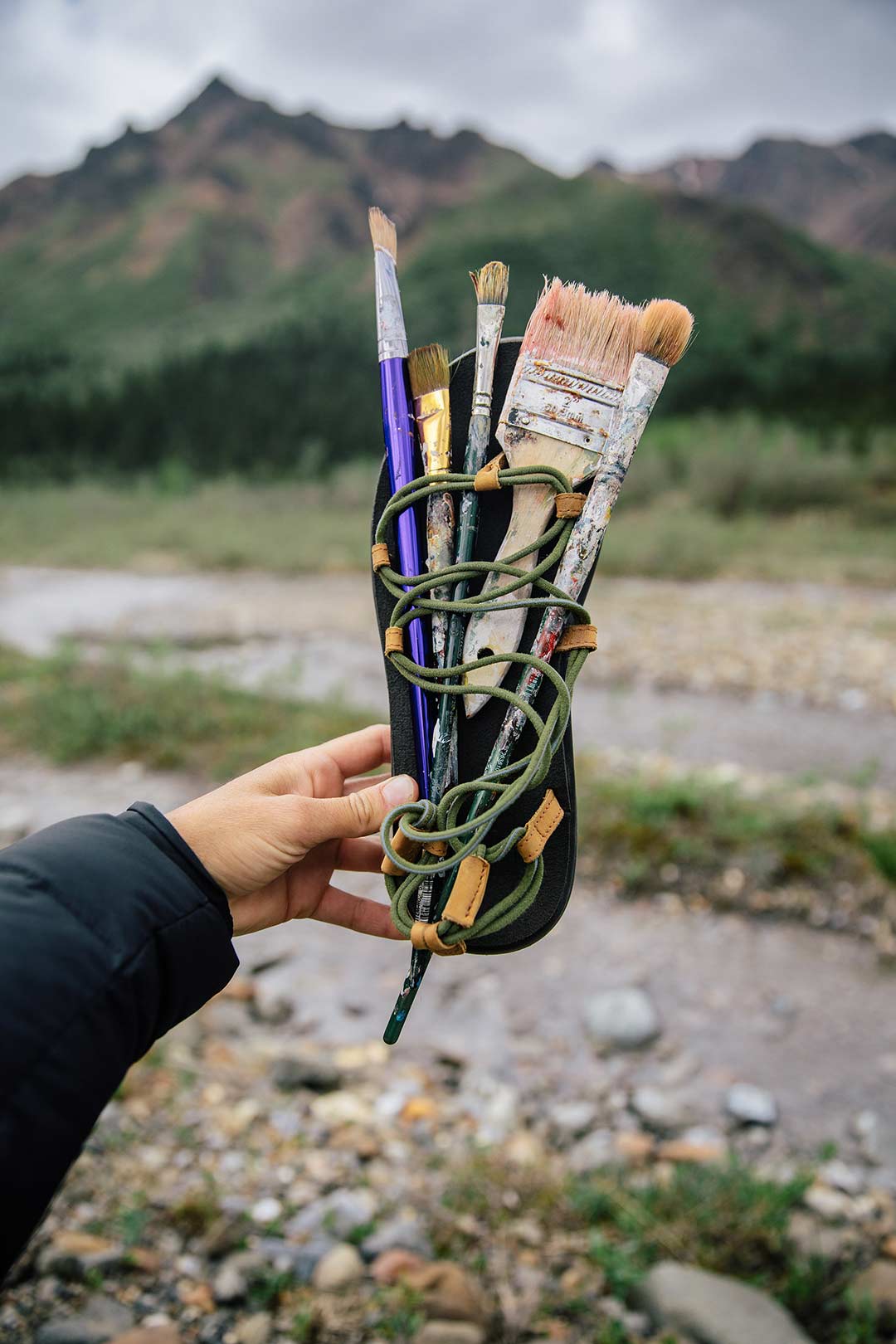 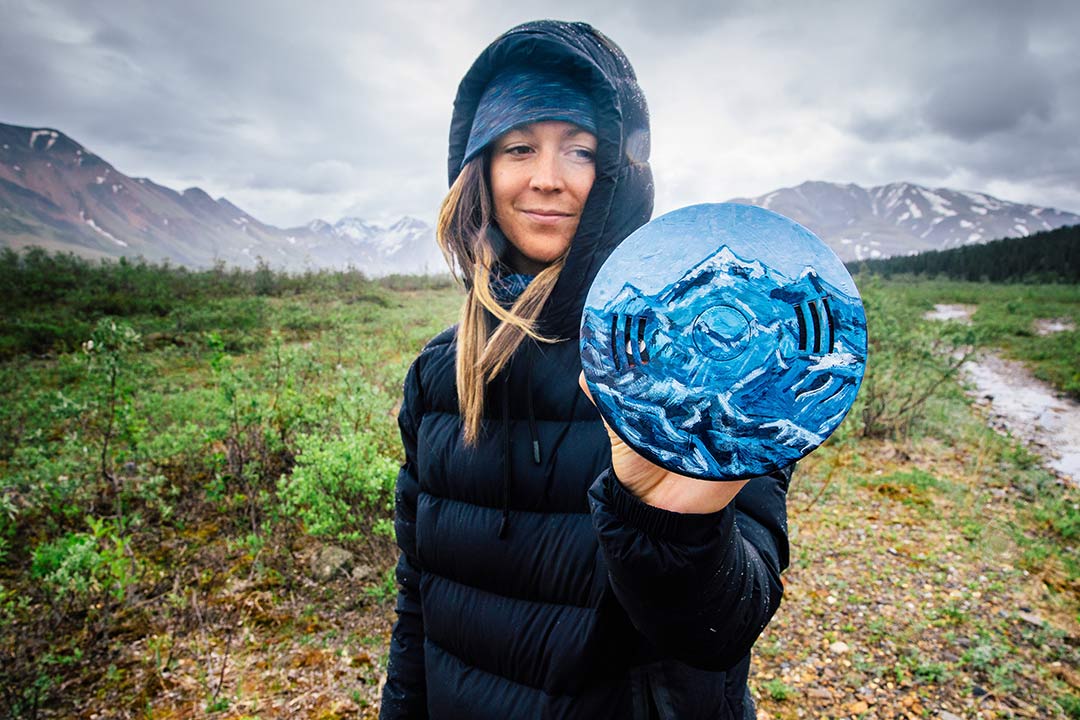 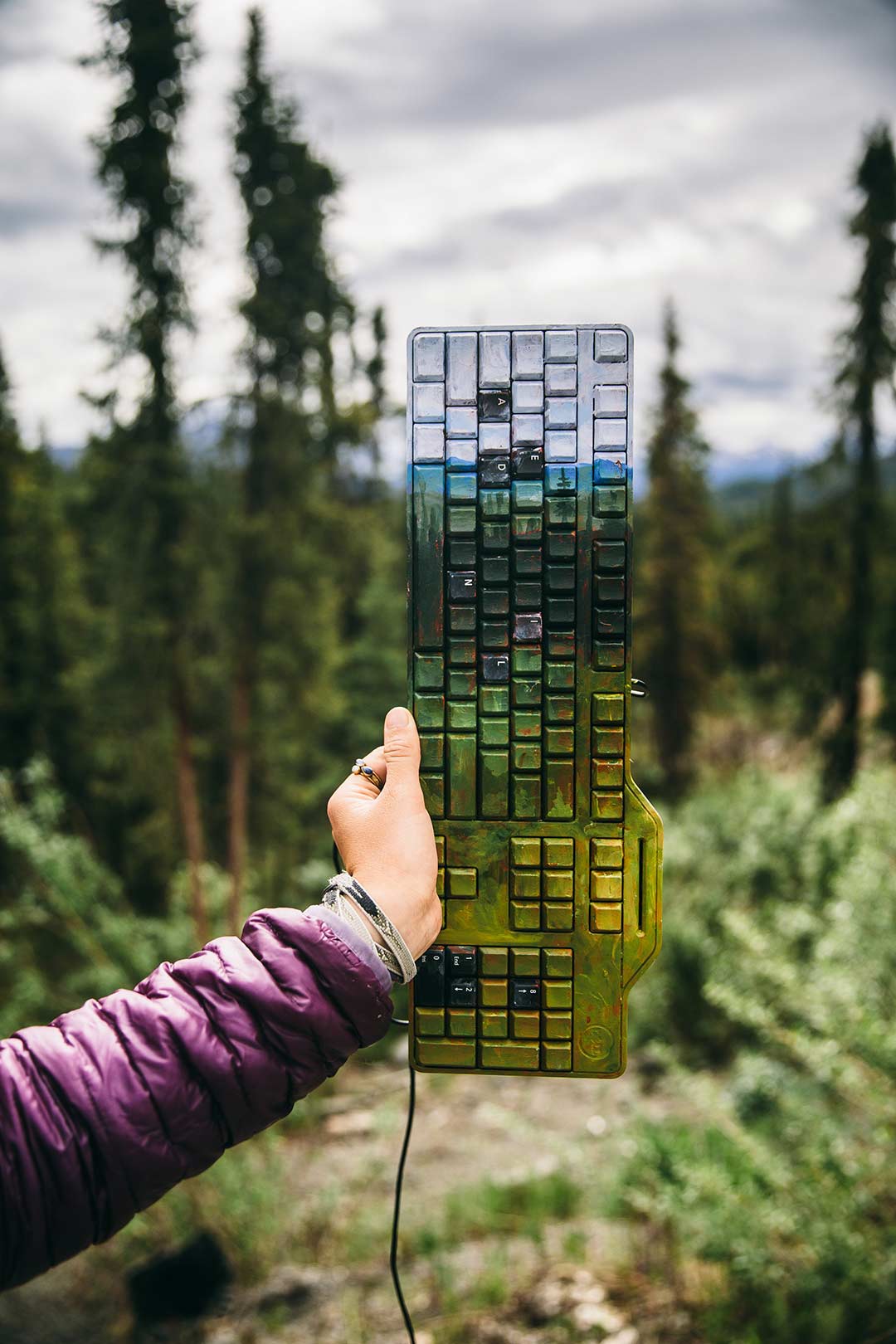 Above, the Teva Voya Infinity sandal  pulls double duty as a brush holder while Mariah and Kylie relax and paint the landscapes around them onto reclaimed trash “canvases.”

“My greatest takeaway from spending time in the woods of Alaska with Mariah was witnessing her enthusiasm for transforming trash into recycled landscape art,” says Kylie. “ She cares not just about the act of recycling, but also the origins and final destinations of each product. Her work sheds light on the environmental issue we’re facing, and gives landscapes a voice we can all hear.”

Learn how Denali and other National Parks are working toward the Zero Landfill Initiative. Shop the styles featured in this story at Teva.com. 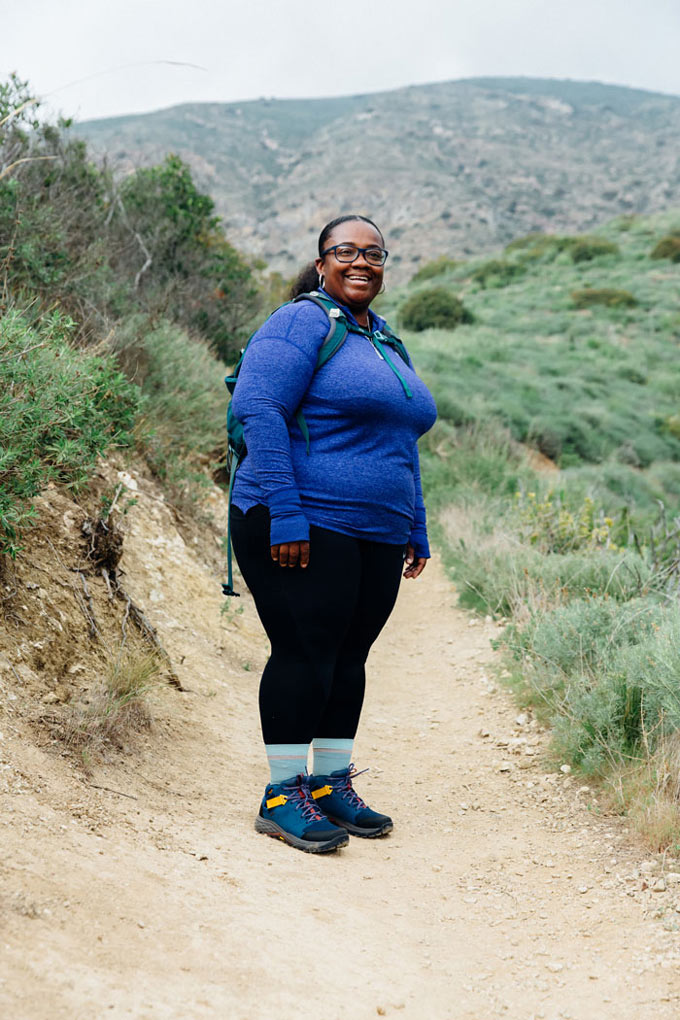 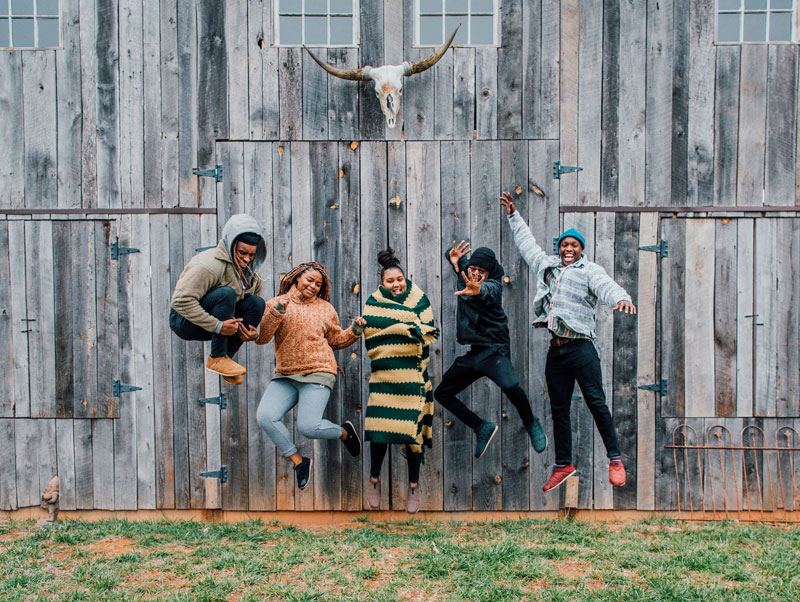 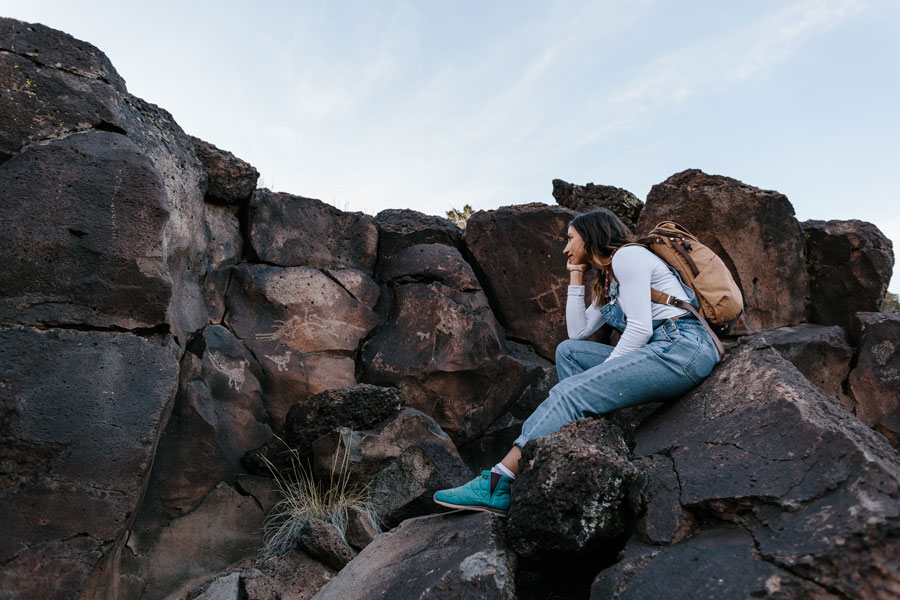