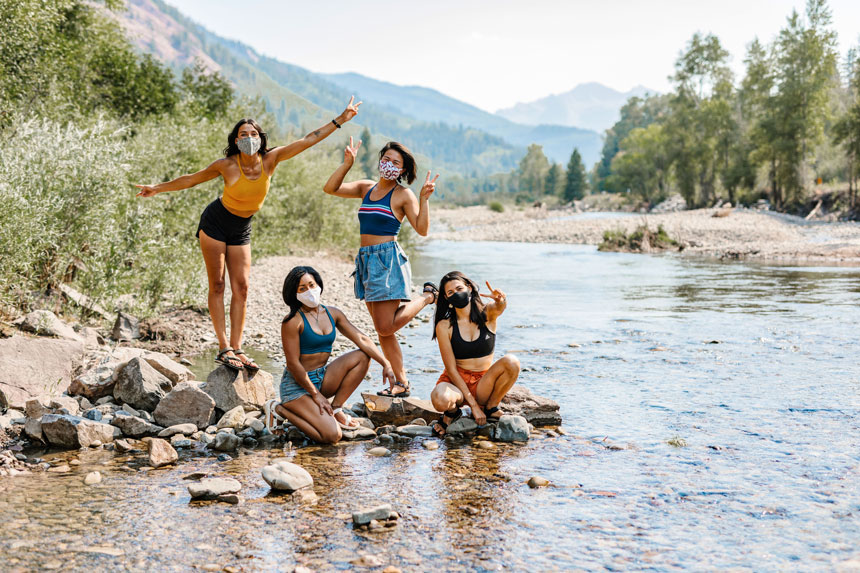 How four women from different backgrounds support each other and learned to take up space in the outdoors. Words by Lena Palmer. Photos by Abigail LaFleur-Shaffer.

When I moved from Japan to the United States in 2008, most of my strongest friendships were with young women of color. Looking back now, in a mostly white high school, it was only natural that we were all instantly drawn to each other. We didn’t have the words to describe it then—microaggressions and other forms of casual racism from our peers and sometimes teachers—but we knew it intrinsically. We knew it was just nice to be hanging out with other girls that had similar experiences. 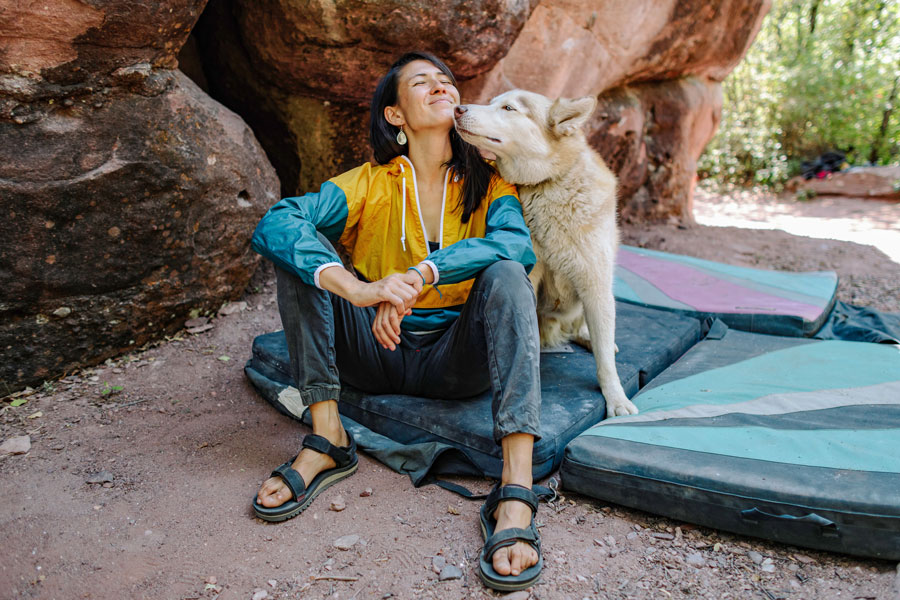 A decade later, I have friends from all different backgrounds. But one thing that hasn’t changed is the comfort I find in spending time with women of color. Being able to unplug for a bit with other people who face similar experiences as myself is something I really value. Some of my friends experience things that I don’t because of the privilege I have. Those friendships motivate me to educate myself and learn about how I could be contributing to their oppression and how to minimize that as much as possible. 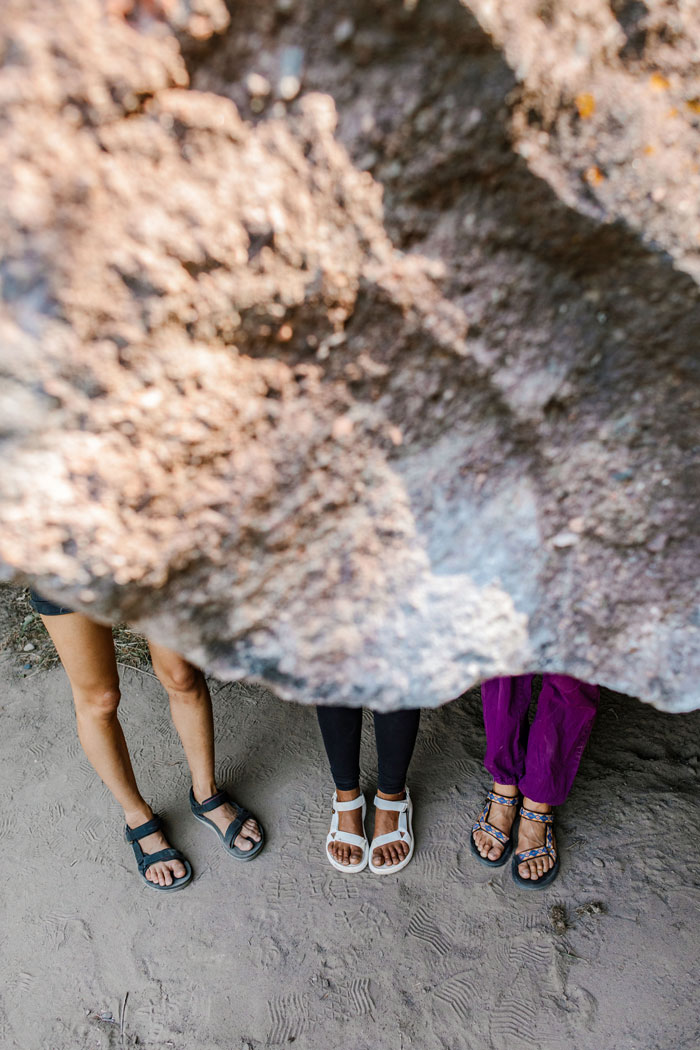 From left, Universal Trail in Black, Hurricane XLT2 in Bright White, and Canyon to Canyon. “The Universal Trail Sandals are cute enough for the city, but they fit my feet perfectly, and were also great for hiking. I also really liked how comfortable they were, even after they got wet.”

So that’s how I ended up sitting in a small circle around a short boulder with three other women of color, Genevive Walker, Abigail LaFleur-Shaffer, and Keili Kwong taking turns throwing ourselves at a line on the boulder called “Corkscrew.” It’s a classic boulder problem in the area, also known for being hard for the grade. Bouldering can be straight forward, but sometimes, it’s like solving a puzzle and involves a lot of thinking and body positioning.

“I just want to figure this out!” Genevive says in a frustrated but playful tone. Her body is pasted against a large scoop in the boulder, while her feet are pressed on small and smeary footholds. Her hand reaches forward towards the lip of the scoop, while her waist twists to give her more length. “Nope,” she says as she jumps back onto the ground. 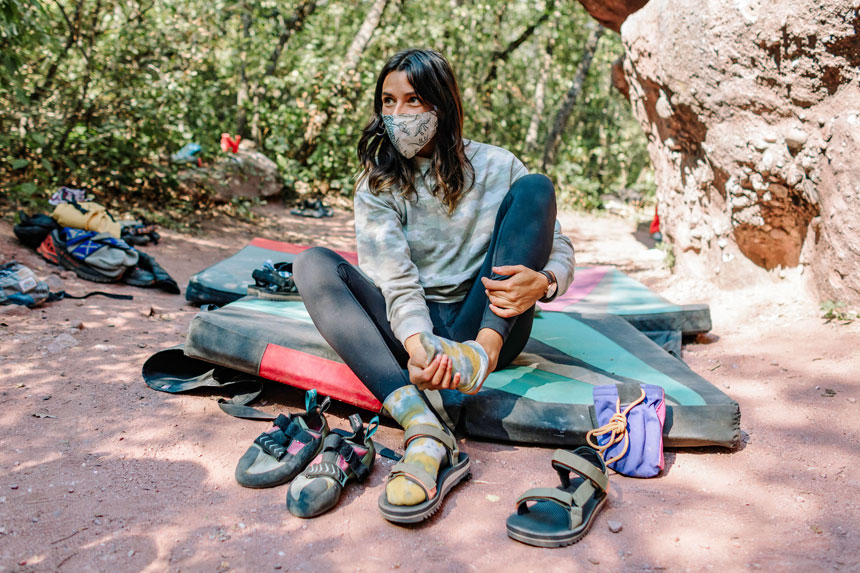 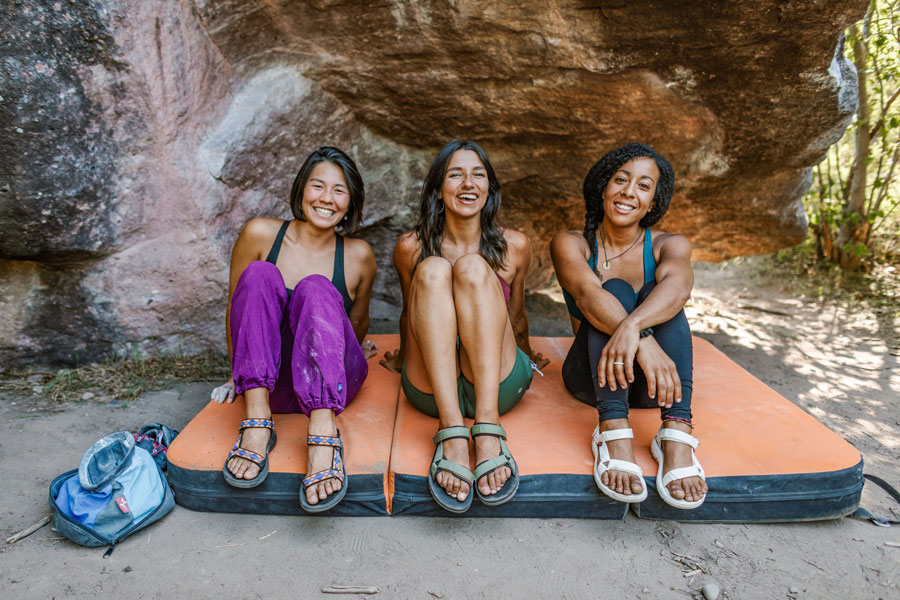 When I first started climbing, I knew no other women of color who climbed. That’s why I begged Keili, one of my closest friends from high school, to join me in my new hobby, seven or so years ago.

Now in 2020, topics surrounding racism, sexism, and misogyny have found its place in the rock climbing community and greater outdoor industry. It has come in many forms, like calls to change racist and misogynistic route names, to asking for more racial representation in our athletes and outdoor media. 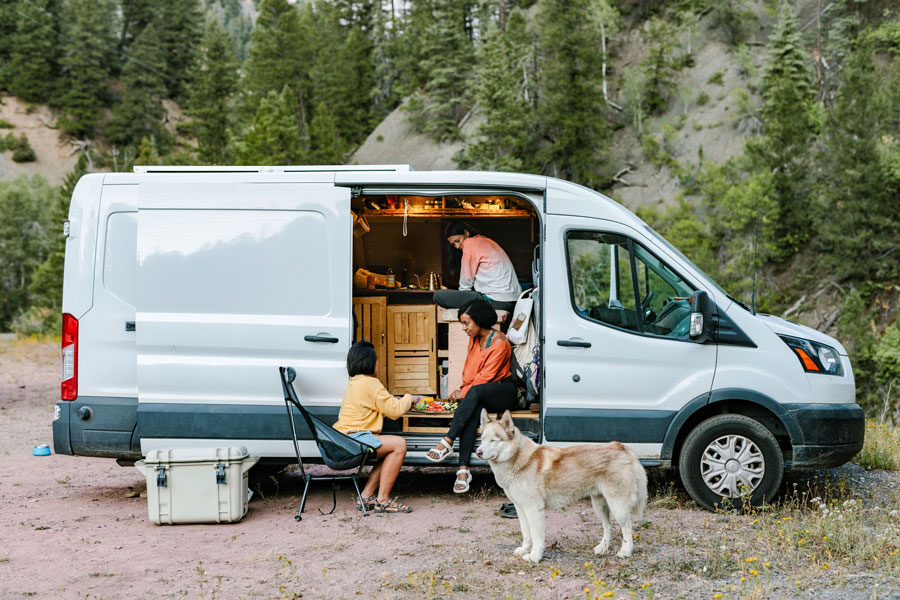 While all of this is positive change towards a more inclusive outdoors, not everyone feels the same. I’ve been let down by friends and acquaintances that backhandedly insinuate we don’t “really” deserve the spot we’ve secured for ourselves, we’re too sensitive, or that racism isn’t a big deal.

Their discouraging words don’t stir any new feelings inside of me. In college, I was awarded a scholarship that covered my entire tuition. My boyfriend at the time told me I only got it because of my race. After graduating from college, I quickly got a job as a TV news reporter. Some coworkers whispered behind my back that it was because of affirmative action. As people of color, many of us are used to being told we’re undeserving. And the outdoor industry is no exception. So when I’m given an opportunity, I work to make room at the table for my brown and Black friends. Every last one of my friends of color in the industry does the same. 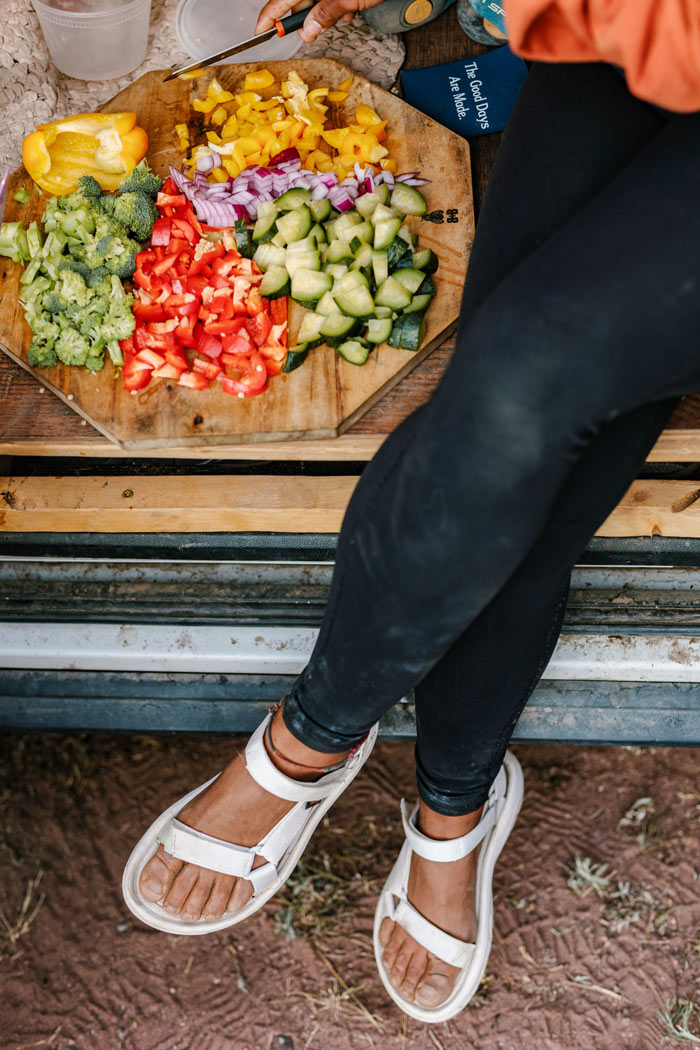 After bouldering, we head to camp. Going on a climbing trip with friends during a global pandemic is a different experience. During the day we try to keep our distance from each other, and wear masks when we have to be closer. At camp, we each set up our own space to sleep instead of sharing a tent. It feels unusual but we understand it’s all part of our new normal. 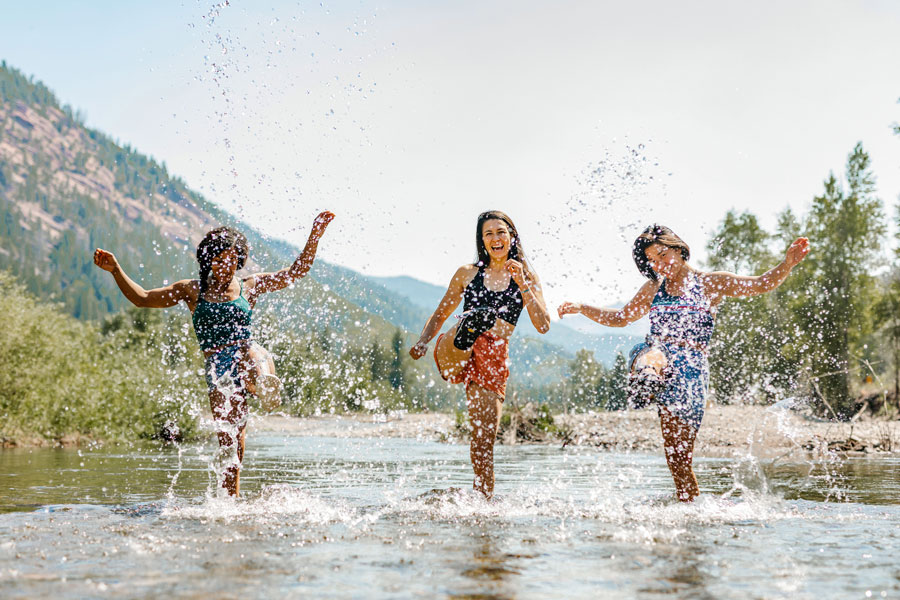 Rice and veggies are on the dinner menu and we sit and chat as we cook together. Abi tells us of a time that a photographer insisted on shooting her for her “ambiguous” looks and how as a mixed-race woman, she struggles with her racial identity because of the disconnect she feels with some of her cultures. She talks about forced assimilation and how generations of her family members were stripped of their language and culture. 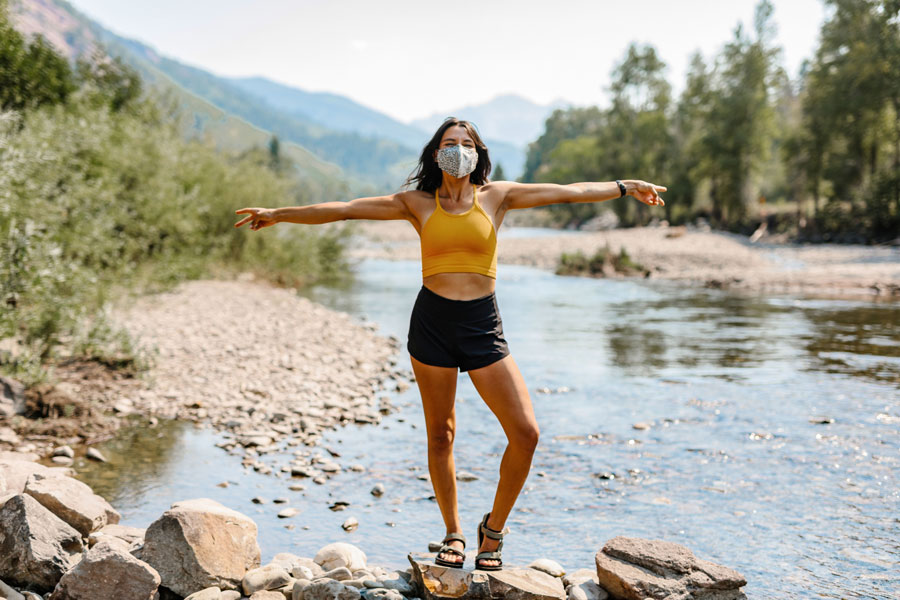 Keili talks about the xenophobia she’s experienced for being Japanese and Chinese, despite having been born and raised in the United States. She talks about how she’s experienced being mocked for the shape of her eyes, or for the food her family eats, but that she still deeply loves her Asian heritage. 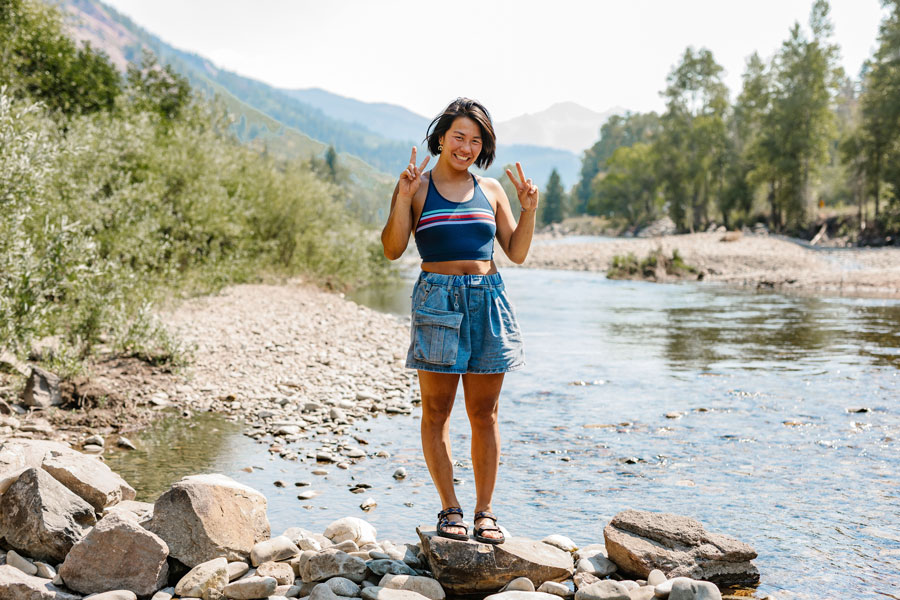 Genevive says growing up, she was encouraged to be more palatable to white folks by altering her appearance, like straightening her hair. She took the advice when she was younger but now feels it’s important to not water herself down to make others comfortable. 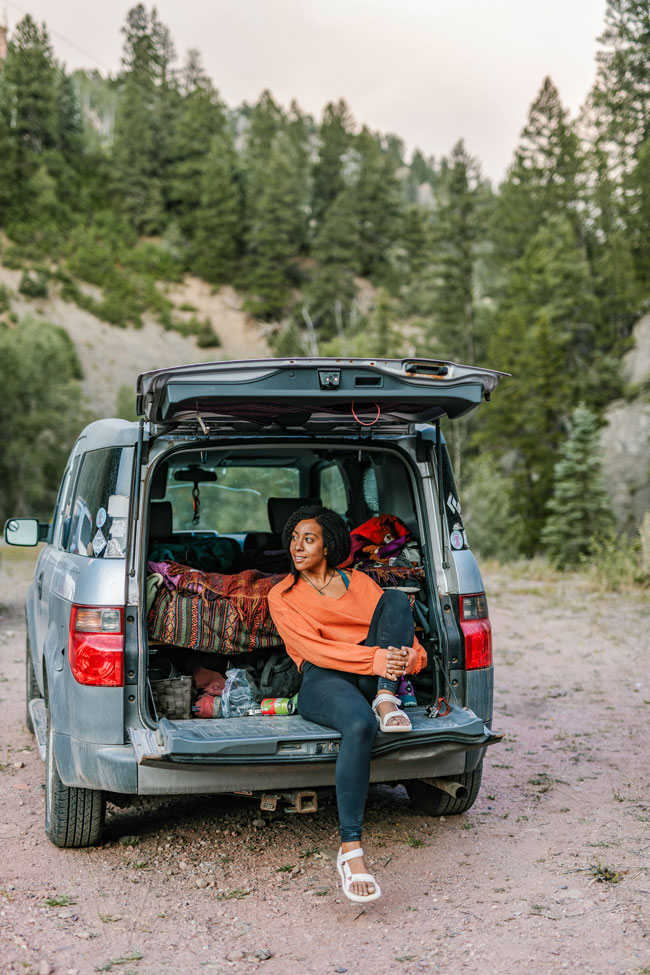 While having been born and raised in Japan and learning English as a second language, I still have light skin and white-passing privilege. It’s something that isn’t afforded to some of the other women in the group. Even so, being able to sit with other women and talk about our frustrations, our goals, and our achievements is therapeutic and freeing. We all head to bed before it gets too late. We still have a full day of playing tomorrow. 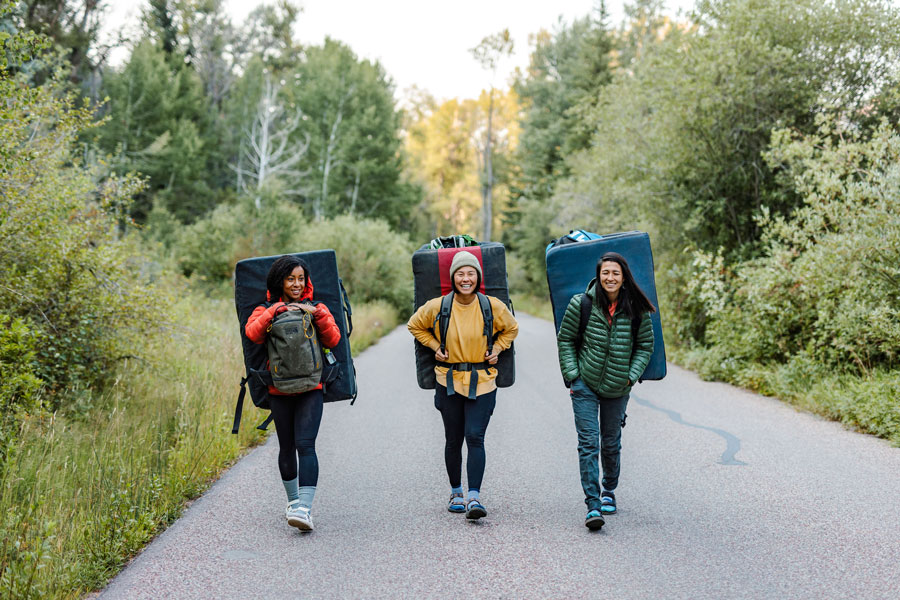 After waking up decently early, we head to some new boulders. We all warm up on the same boulder and spend some time trying to climb some of the harder lines in the area. After climbing, we head to the Crystal river to cool off.

“It’s just so nice to be able to hang out with women of color,” Abi says, as she soaks her feet in the cold water of the river. “I really feel like I can be my whole self. No hiding, and no censoring myself. I can share my struggles, the same way I can share my triumphs or the things that have brought me joy because of who I am.”

The three of us nod in agreement.

But it’s not just social justice issues we discuss. We talk about climbing, work, food, and our romantic lives too. Because we’re women of color, but we’re also climbers, outdoor enthusiasts, young professionals, and friends. 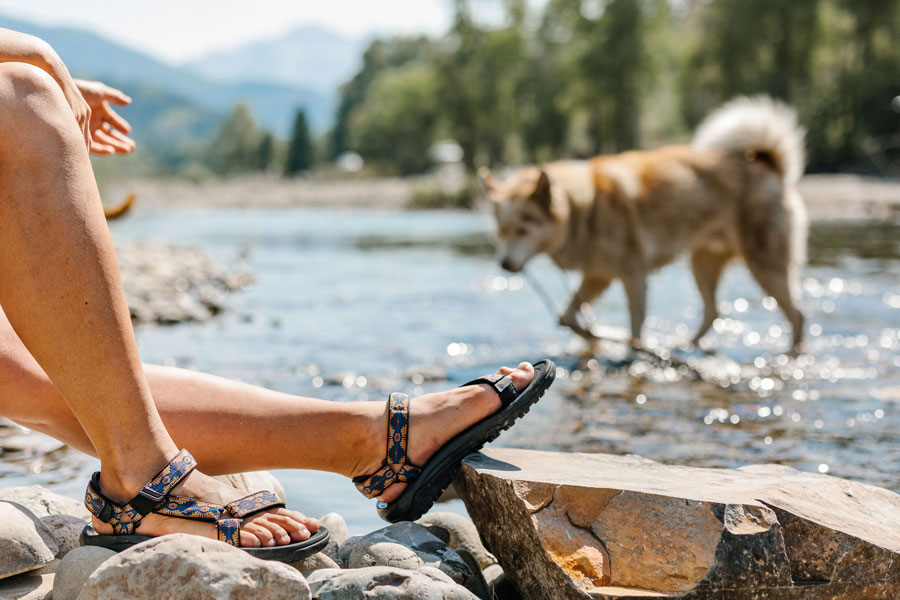 Keili wears the Hurricane XLT2 sandals in Canyon to Canyon.

Women of color have always existed in almost all communities, including the outdoor industry.

The first woman to climb Mount Everest was Junko Tabei, a Japanese woman. And we’re all crushing in the sport in our own ways. I watch Abi get out of her comfort zone and try hard, everytime we climb together. Keili has always been strong and bold. She regularly climbs routes that I think I’m too short for, and I have three inches on her. Genevive is a sponsored athlete. She’s a powerful climber who graced the 2020 cover of Ascent, a magazine only printed once a year.

I’m always inspired by these women. But we don’t have to perform at an extraordinary level to deserve our spot. We don’t have to create history to be worthy members of the community. On this warm August evening, just four women enjoying each other’s company is enough. 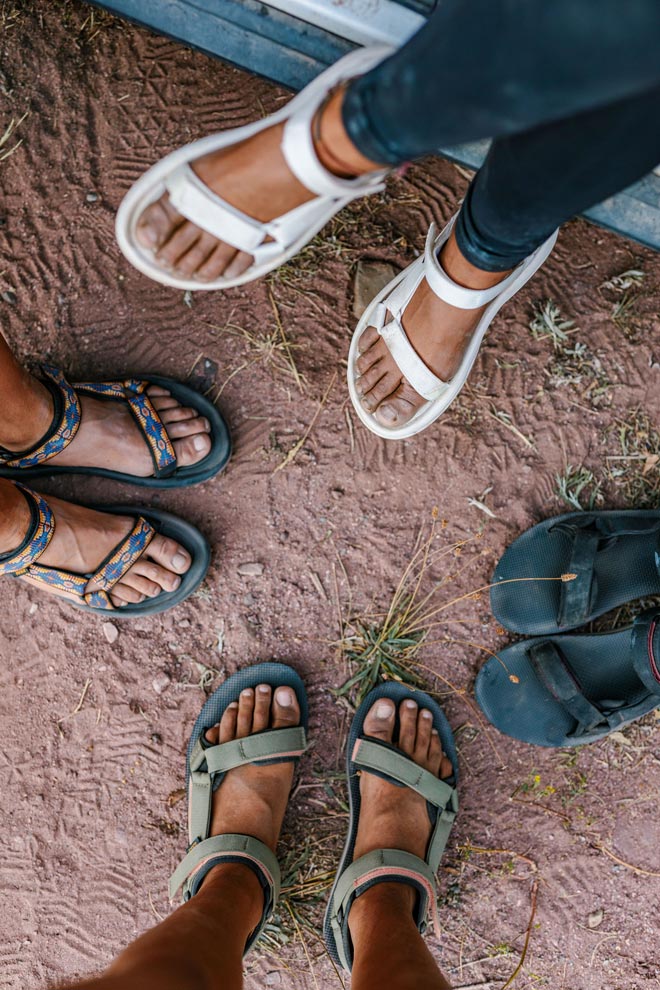 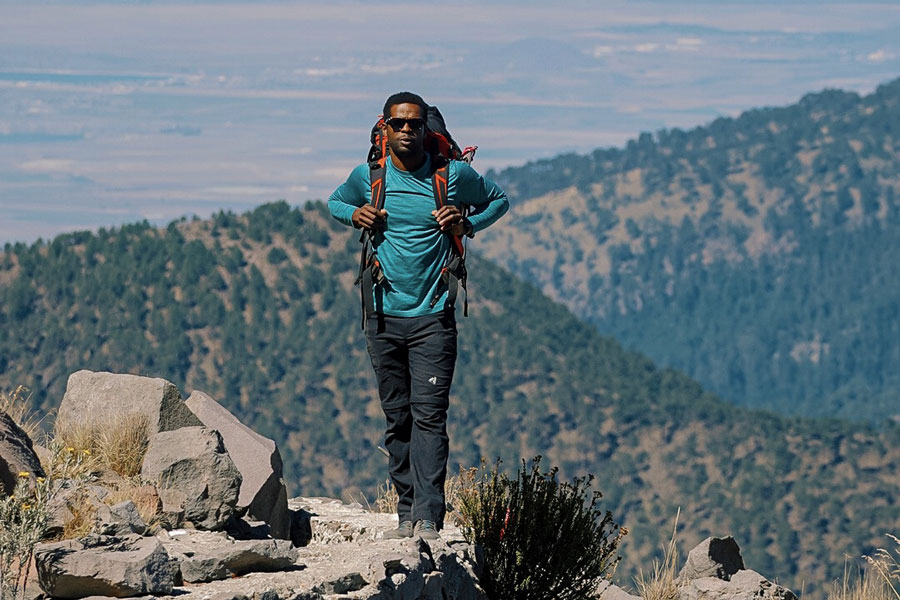 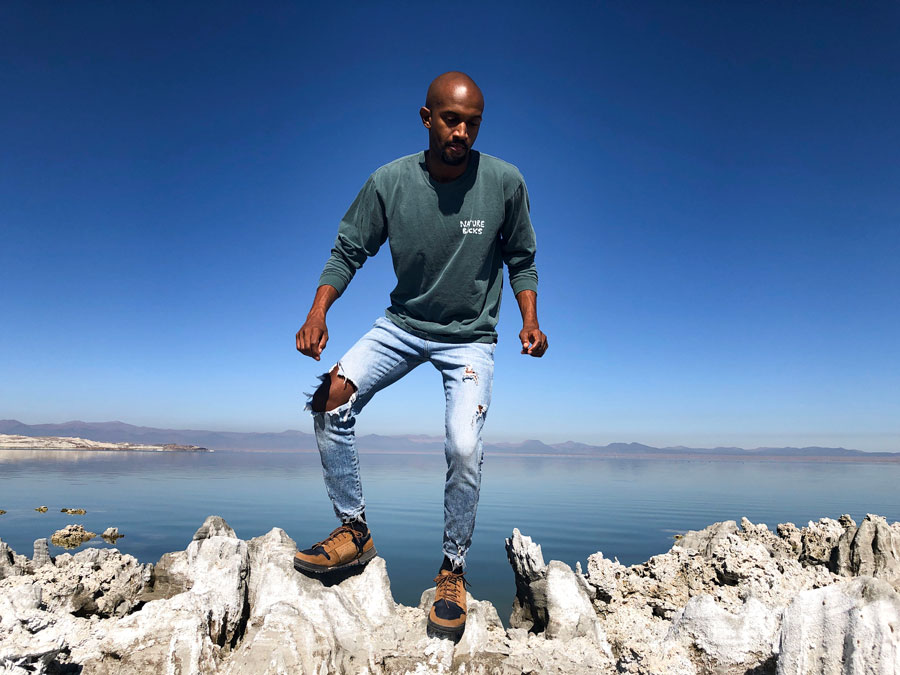 Why Travel Blogger Joshua Walker is Taking Up Space in Nature 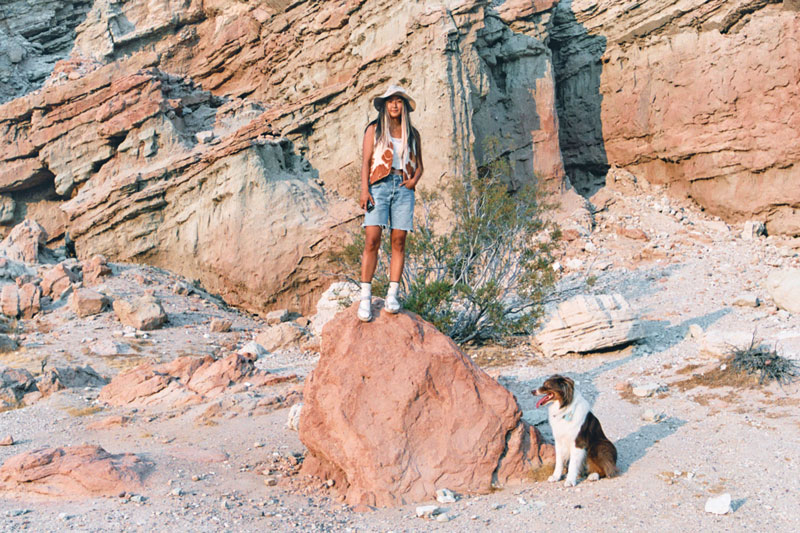 Home on the Road: Vivian Kim’s Desert Diary on Film